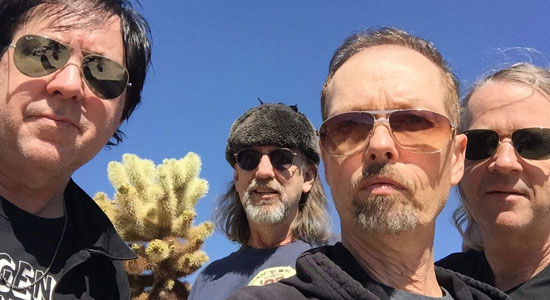 Mom always said, “Honesty’s the best policy.” So, up front, I’ve known Dennis Davison and Jonathan Lea, impassioned vocalist and throbbing guitarist for L.A.’s Jigsaw Seen, for more than 25 years. But that changes nothing. When joined by bassist Tom Currier and drummer Teddy Freese, Jigsaw has assembled the most daring rock ’n’ roll seen in La La Land since the heyday of the Byrds and Arthur Lee’s Love—no mean feat. For example, who else would lead the parade with a Tony Bennett chestnut, “The Best Is Yet To Come,” by applying a fresh coat of DayGlo paint that even the venerated nonagenarian and his recent jazzbo chum Lady Gaga would admire? A dedicated Jigsaw follower may have heard different versions of these tracks (minus the odd sitar) as singles, but their appearance all in one place is like squeezing through those scary “laundry rollers” to get into the local fun house. Bonus: The CD’s cover sports a brilliant illustration of Charlie McCarthy, the only ventriloquist’s dummy brave enough to swap film wisecracks with W. C. Fields.