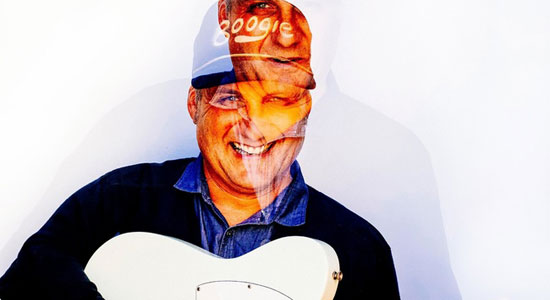 Music-dork convention dictates that when a band has two singer/songwriters in its ranks, they can be identified as “the poppy one” and “the artsy one.” Lazy? Sure! Still it’s hard to think of pairs like Lennon/McCartney, Tucker/Brownstein or Holsapple/Stamey and not notice a pattern. While Stephen Malkmus was the de facto leader of Pavement, Scott “Spiral Stairs” Kannberg’s contributions showcased an affinity for classic rock and Americana that didn’t always come across in his bandmate’s oblique offerings. These influences continue on Kannberg’s second solo album, the highly enjoyable Doris And The Daggers. Teaming up with members of Broken Social Scene and the National, Kannberg dishes out a set of irrepressibly melodic tunes with a tastefully experimental bent. Opening cut “Dance (Cry Wolf)” sets the scene with a jagged, Scary Monsters-like groove. “Dundee Man” is a rollicking Scottish odyssey, and “Angel Eyes” is an anthemic delight. And just in case you had forgotten this is a Pavement-adjacent album, the title track closes the record with gleeful absurdity. Essential for anyone craving more from Pavement’s secret weapon.