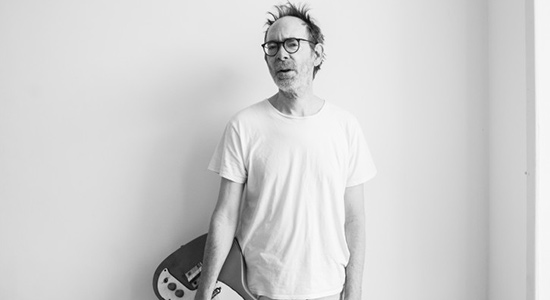 Arto Lindsay sings in a delicate, narrow range inspired by Caetano Veloso, João Gilberto and other Tropicália stars he heard as an American teen growing up in Brazil in the ’60s, some of whom he later worked with. On Cuidado Madame, his first solo album since 2004’s Salt, the DNA, Golden Palominos and Ambitious Lovers vet sets his sparse, pause-filled melodies against restrained-yet-disruptive electronics that destabilize the seemingly placid surfaces. Lindsay used the rhythms of the Brazilian Candomblé spiritual rituals to inspire Cuidado Madame, but he and his band embed them, deeply, in other textures. The Brazilian foundation is here—he sings some songs in Portuguese and weaves in some bossa nova acoustic guitar occasionally—but so are glimmers of his signature unhinged, skronky electric-guitar work. That’s the joy of Cuidado Madame: It’s not quite one thing or another.