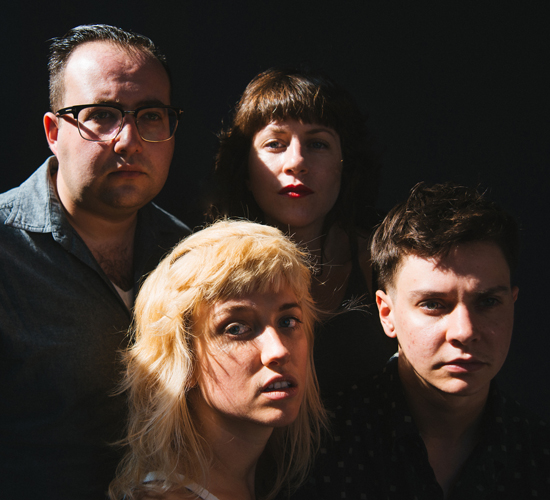 To quote The Catcher In The Rye: Truer word was never spoken, boy. Released on January 27, Priests’ first full-length—following a scattering of singles and EPs—sounds fittingly like a post-inauguration thermometer jammed under the national tongue (or into whatever orifice you feel perpetuates the correct metaphor) of an America sick with the feverish staggers. Opener “Appropriate” blasts out of the gate, then switches tempos and progressions through a first, then a second false ending, as if Priests had so many musical ideas they couldn’t bear to leave any out. The rest of the LP follows suit, its lyrics at once expansively absurdist and unsettlingly specific: “Magical psychology, deceptive anthropology/All the wingnuts got a haircut/Bred and had babies” (“Pink White House”); “Tomorrow’s going to be a different life/The tower over me, it said oh, oh, oh/Trust me, trust me/Things could be much, much, much worse” (“Lelia 20”). Befitting an era in which the only predictable element seems to be our constant gobsmacked shock, Nothing Feels Natural whipsaws among styles and structures song by song. But taken as a jittery whole, Priests’ debut feels like the realest possible soundtrack to life in these current United States—not only a landmark bow for an immensely talented punk band, but the first LP that really bottles how it feels to be alive and kicking (against the pricks) in the new millennium. —Eric Waggoner