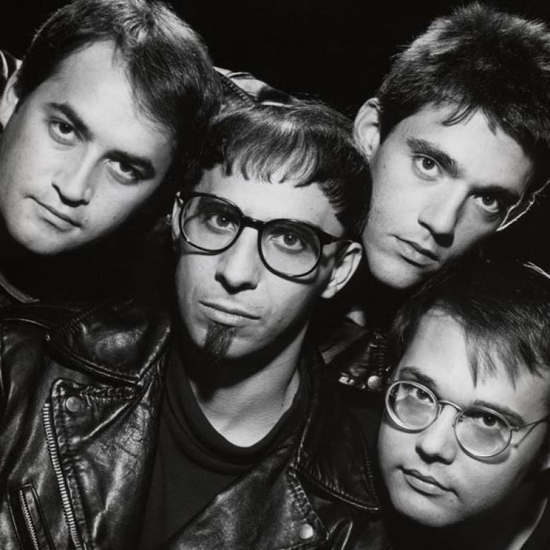 R.I.P. Pat DiNizio. You will be missed by many.

Scott McCaughey on Pat in MAGNET here:
“I first jammed in Smithereens guitarist Jim Babjak’s basement with him, Dennis (Diken), and Mike Mesaros, pre-Pat DiNizio, in 1978. Thus, a case could be made for me being the original singer in the Smithereens, which would have resulted in very different, and less successful, lives for all of us. Thankfully they found Pat—I could never have written songs that exceptionally inescapable.”

What other band can claim to be an influence on both Nirvana and The Jersey Shore? It’s the Smithereens, New Jersey’s finest ’80s college-rock band (if you’re not counting the Feelies and don’t consider the Misfits college-rock material). “Top Of The Pops,” from 1991’s Blow Up, is not a cover of the Kinks song “Top Of The Pops,” but it’s at least part homage to Ray Davies and draws an interesting, if somewhat faint, line between Davies and Smithereens frontman Pat DiNizio, two working-class heroes. We’ll save a Smithereens career arc for a later post, but DiNizio has made himself an interesting life out of sheer tenacity, from his 2000 run for the U.S. Senate and a battle with a debilitating nervous-system disorder to pioneering living-room shows and, more recently, engaging in a good old-fashioned run of shows in Vegas.