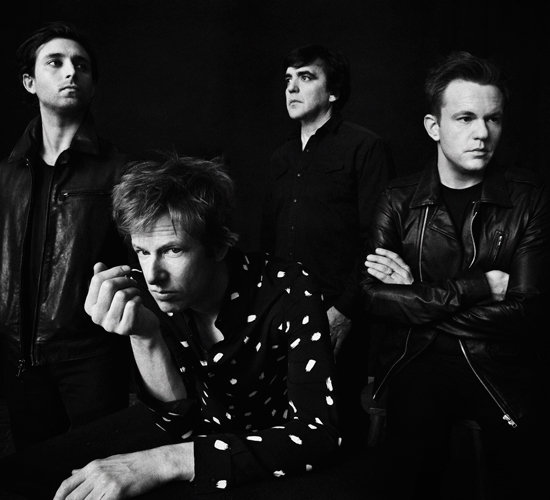 Britt Daniel and Co. are the Swiss watchmakers of indie rock: fine purveyors of quality and precision. Sure, the surface aesthetics change, but they’re always, undeniably, Spoon, from their metronomic underpinnings to Daniel’s blue-eyed soul. So it goes with Hot Thoughts, a record that hears Spoon’s lockstep instrumentation increasingly beckoning listeners to the dance floor. With most bands, this would raise fears of disco-fication, a slide into frivolity. Spoon, however, is likely the only band since the Cars that can bring the keyboards and still sound rock ’n’ roll. Case in point is “Can I Sit Next To You,” unafraid to use dramatic washes of synth, but at its core is an irresistible, badass strut, built from sounds fit together like expertly milled gears. Indeed, it’s a goddamn miracle of mechanical beauty, a cause for rump shaking by humans and robots alike. Similarly, the opening title track delivers Prince-ly amounts of funk with the painstaking efficiency of a German automaker. Why does Hot Thoughts deserve honors this year? Because it’s a Spoon record. Given the guys’ consistent track record, let’s just plan on reserving a slot for their every release here and ever after. —Matt Ryan