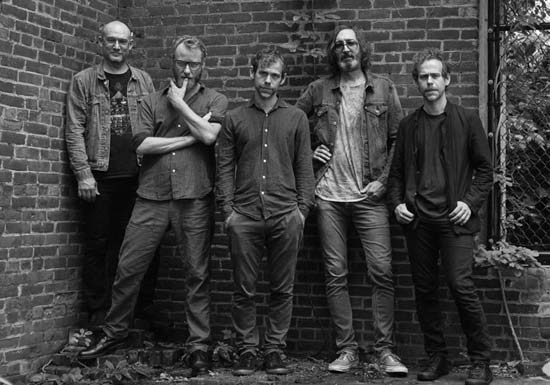 As easy as it is to love the National, it’s also easy to dismiss the band as simultaneously understated and pretentious, as monochromatic, as boringly consistent, as complacent dad rock. But throughout Sleep Well Beast, the quintet shakes up its sound just enough—not radically, but enough to up the ante. The edges, both emotional and musical, are sharper and weirder. The elegance is still here, but so is a satisfying ugliness. The unhinged “Turtleneck” is a three-minute maelstrom of squealing guitars and politically barbed ranting that is the most extreme song in the National’s seven-album catalog, and “Walk It Back,” with its spooky Karl Rove-quoting voices, is its most overtly experimental. But throughout Sleep Well Beast, the band seems to be pushing itself: Artful touches abound in subtle electronics, in orchestral grandeur, in pealing guitar hooks, whether on the rock songs that are among the National’s best (“Day I Die,” “The System Only Dreams In Total Darkness”) or in the elegant, stately ballads that seem to come so easily. The lyrics, by baritone vocalist Matt Berninger and his wife Carin Besser, depict fissures growing in a long-term relationship—within a marriage, probably, but also within a country or within a close-knit, contentious band. Sleep Well Beast isn’t a breakup album; it’s a breaking-up album. But the success of the collaboration suggests, one hopes, a reason to have faith, to have love. —Steve Klinge; photo by Gene Smirnov