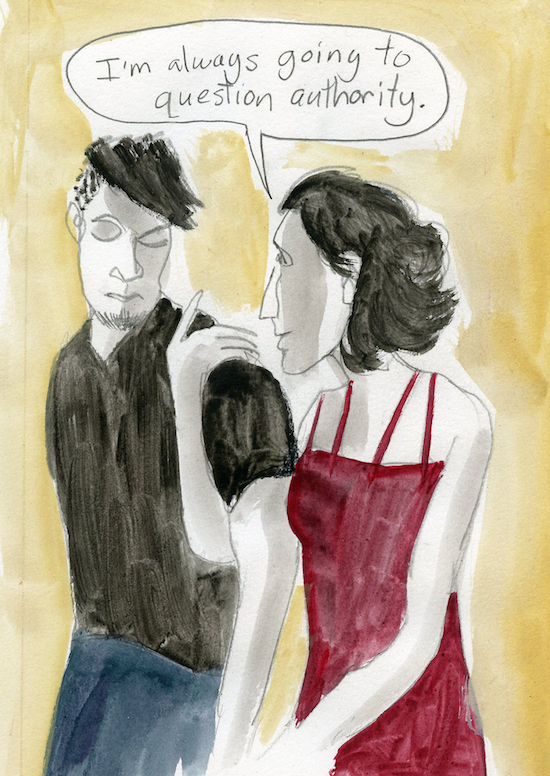 Pre-dating Anonymous, the WTO protests in Seattle in 1999 and Occupy Wall Street, my intention with “Nobody’s Asking” was to instill a kind of Road Not Taken sensibility of empowerment by using language that intended to activate a sort of slivering off of conventional notions about creativity, gender-based roles and various traditions that helped maintain the status quo. Having had some success in connecting with people, I felt fortified to a degree that I wanted more poetic approaches to do the same sort of heavy lifting. I don’t think I succeeded here.