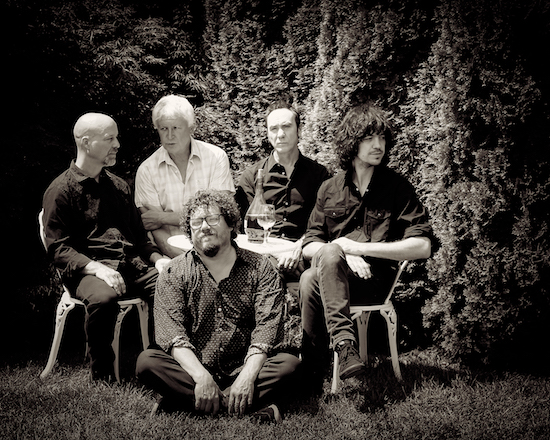 Here we are contemplating Space Gun, Guided By Voices’ 25th album. Not just its specifics—though we’ll get to a few of those—but, rather, the concept of one Robert Ellsworth Pollard Jr. Ignore the voluminous solo efforts and side projects; through numerous incarnations and 25 records—plus many EPs and singles—how is Pollard still able to conjure a GBV LP as good as Space Gun? How do you explain the unexplainable? The answer: You don’t. You can’t. Love him or loathe him—naysayers do exist for some reason—Pollard is a singular figure in rock ’n’ roll history.

So the record: Space Gun’s title track is an anthem with a vocal melody that’ll rattle around your brain for days. “That’s Good” undersells itself; it’s a ballad possibly unmatched in Pollard’s wide-ranging canon. “Liars’ Box” concludes with an out-of-nowhere, emotional refrain: “Summons of a glass to a sad, sad heaven.” Even second-tier tunes (by comparison)—like the silly “I Love Kangaroos” (“It’s funny what they do”)—are indelible. And we’d be remiss in acknowledging how well this version of GBV—guitarist Bobby Bare Jr., drummer Kevin March, bassist Mark Shue and, especially, axe virtuoso Doug Gillard—complements Pollard’s considerable strengths. Done.

Space Gun is the only GBV full-length slated for 2018, though the live, low-quantity/high-quality Ogre’s Trumpet (also on Guided By Voices Inc.)—and whatever number of non-album releases—will fill the gap until what’s next. Stop asking questions, because Pollard’s going to continue firing away.