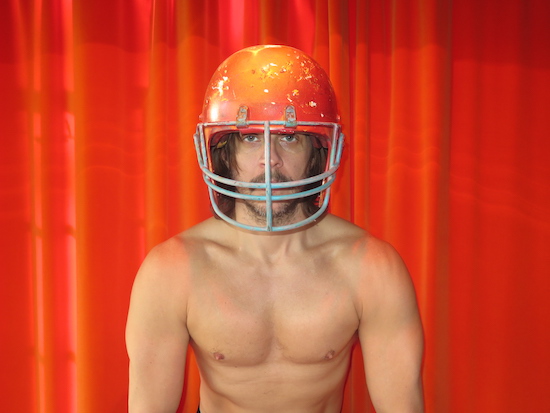 “I walked away from music in 2009 and focused on film, theater, visual art—I mean, anything but music,” says Casey Spooner. And his options were many.

Spooner collaborated with Imagine Fashion, filming video interviews with James Franco, Chloë Sevigny and Justin Theroux. “That was therapeutic, talking with fellow artists about the creative process,” says Spooner, who went on to bring his talents as a video director to short films such as 2012’s Dust. “It was a sort-of sequel to Paul Morrissey’s Flesh. The whole thing was the step after reality TV—a smart extension of a rotten thing.”

By this time, Spooner had started working with NYC’s Wooster Group theater/dance/media company—not only as an actor in plays such as Hamlet, but in Tennessee Williams’’ Vieux Carré, as what he calls “a homosexual consultant” (“Everyone was straight in this gay play”). Then there was CRY, TROJANS! (Troilus & Cressida), the play in which Spooner, cast as valuable prisoner, had to look his weight in gold. “There were members of the Royal Shakespeare Company in the cast, and we—me in particular, dressed only in a loincloth—had to distinguish ourselves,” he says. So they all worked out and got crazy buff.

Beyond muscle mass, Spooner grew out his hair as well as his mustache. “From there I got interested in online culture, people performing constantly in front of any camera they could and self-broadcasting,” he says of what in part became the photographic installation element of SIR. It was during this installation that Spooner stripped his art down to the core: a perfect analogy for what would come to be on the new Fischerspooner LP. “It was liberating,” he says.