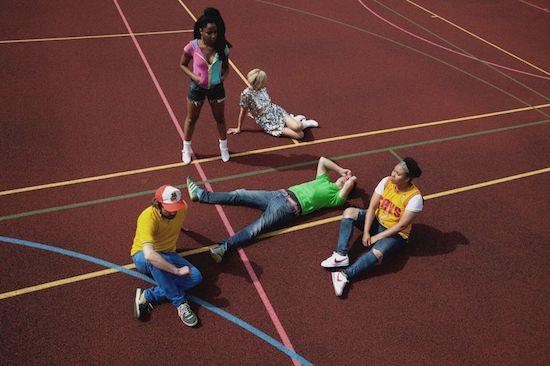 In 2015, David Byrne flew (one of) his freak flags for the twirling arts of the color guard, probably giving fellow musicians inspiration or license to hoist their own brand of militaristic marching-band fervor. Then again, Go! Team squad leader Ian Parton doesn’t need a push when it comes to finding unique ways to craft what his camp calls a mix of oddball “Northern-soul stompers, Japanese indie-pop swooners and old-school hip-hop jams.” So out come the youth choirs, steel drums, sousaphones and glockenspiels—to say nothing of Semicircle’s genuine gritty edge—for a funny, funky high-school jam.

Though “Mayday” and “Semicircle Song” are joyful epiphanies of soul and unity, Semicircle touches on elements of the socially aware and a-woke with old-fashioned message-driven songs such as “Plans Are Like A Dream U Organise” and “The Answer’s No—Now What’s The Question?” holding prominence among the album’s dozen prancers.