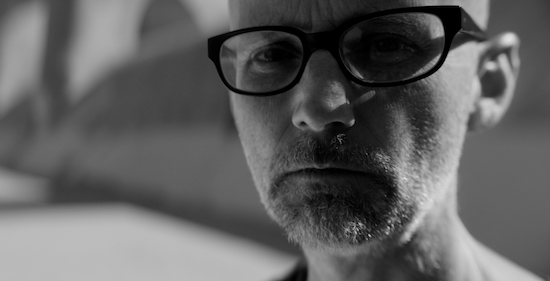 Moby offers further proof that Morrissey was right: William Butler Yeats is on our side

Everything Was Beautiful, And Nothing Hurt tracks “Mere Anarchy” and “The Ceremony Of Innocence” take their titles from phrases found in William Butler Yeats’ poem “The Second Coming,” but Moby is by no means the first to dip into the work of the great Irish poet. Many Irish artists have alluded to his work.

Thin Lizzy built 1979’s “Black Rose” around Yeats references. Van Morrison set “Crazy Jane Talks To God” to music (but initially had to remove the track from 1985’s A Sense Of Wonder when Yeats’ estate denied permission). Mike Scott and the Waterboys included “The Stolen Child” on 1988 masterpiece Fisherman’s Blues and later did a full album of Yeats poems (2011’s An Appointment With Mr. Yeats). Morrison and Scott contributed to Now And In Time To Be, a 1997 set of Yeats poems turned into songs that also included World Party’s Karl Wallinger and the Pogues’ Shane MacGowan.

It’s not only the Irish giving props to Yeats, however. To name just two: Joni Mitchell rewrote “The Second Coming” as “Slouching Towards Bethlehem” for 1991’s Night Ride Home, and the Roots named 1999’s Things Fall Apart after Chinua Achebe’s novel, but Achebe originally got the title from Yeats.

More recent is A Fanatic Heart: Bob Geldof On W.B. Yeats, a documentary about the life and work of the poet extraordinaire, featuring the likes of Morrison, MacGowan, Bono, Sting, Elvis Costello, Liam Neeson, Colin Farrell and Noel Gallagher.