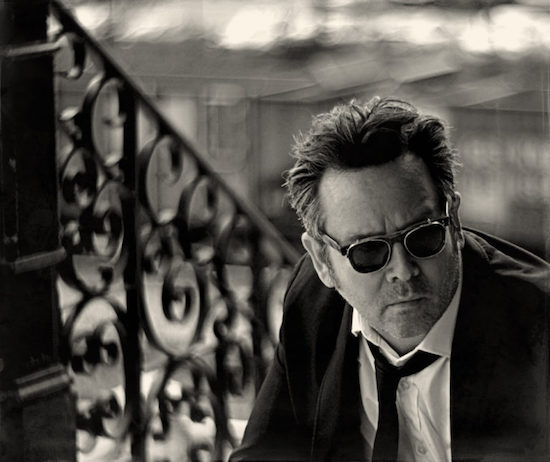 Grant-Lee Phillips has now been making solo records for far longer than he served as the celebrated frontman of ’90s-era L.A. trio Grant Lee Buffalo. Yet the same precepts hold true in both cases: His best records tend to evoke power and dark sophistication from simple, emotionally honest corners. (Think 1994’s Mighty Joe Moon or 2001 solo effort Mobilize.) Now that we’re a year deep into the Alternative Facts era, Phillips draws upon the prevailing fear, uncertainty and doubt to unleash Widdershins (the term means “counterclockwise,” or more literally in Low German, “to go against”).

He’s most successful when stripping down his lyrical ideas and melodic underpinnings to their simplest expressions, in a live-in-the-studio trio format. “Totally You Gunslinger” benefits from a propulsive churn and classically Phillips sentiment (the “Do you wanna be like him?” chorus sounds less like scolding than free-floating regret), “Walk In Circles” splits the difference between prime-time GLB and R.E.M., while “King Of Catastrophes” comes on like Creedence at its most minor-key. It may be a mad world we’re navigating at the moment, but Phillips’ righteous indignation and fiery storytelling sound perfectly tailor-made for these times.