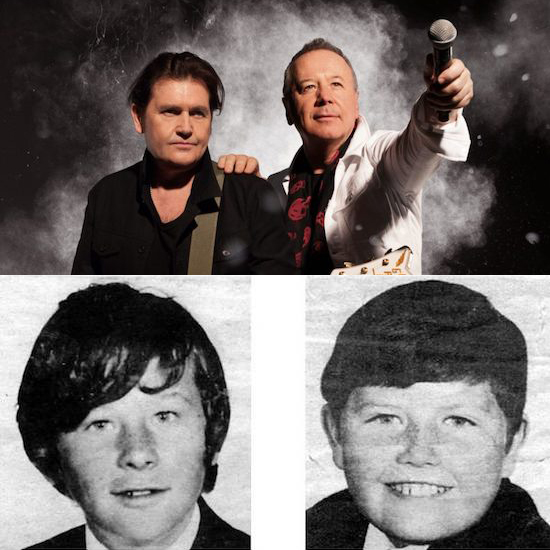 As its longtime lyricist and singer, Jim Kerr is, for all intents and purposes, the Simplest Mind. Yet, ever since 1977, Kerr and childhood friend Charlie Burchill have been sonically tied at the hip. First as Johnny & The Self-Abusers (one Chiswick label single, “Saints And Sinners”), then as Simple Minds, the Glaswegian songwriting duo have never stopped making music, even if—especially in Burchill’s case—they don’t do many interviews.

“I can beat him at table tennis, but Charlie’s a tenacious sod,” says Kerr, waxing—one would assume—metaphoric about their co-joined talents as a 41-year-old team. “He’s a good guy, Charlie. Always was.”

If Simple Minds isn’t touring, multi-instrumentalist Burchill is writing music and melodies for the duo (and its added newer batch of sidemen) on a daily basis. “Charlie has always been the type of guy who gets out of bed in the morning and starts writing songs,” says Kerr. “Could be he’s at his piano with a cup of coffee or with his guitar twisting himself up. He’s meditating—yes, he does that—and he’s working on something. I do it, too—the daily writing—but not as diligently and dutifully as he.”

So little has shifted about what Kerr and Burchill do and how they operate.

“What has changed are the outside constants,” he says. “The industry has changed. The technology has changed. The world has changed. Don’t get me wrong. We’ve changed as people, too, because we were seriously children when we first met. However, amongst all that dizzying change, fundamentally, he and I are the same people. Think about what we do: Look for a sound, a melody, an emotion and the words to suit it all, then record it, then take it around the world. That was us since we were teens.”