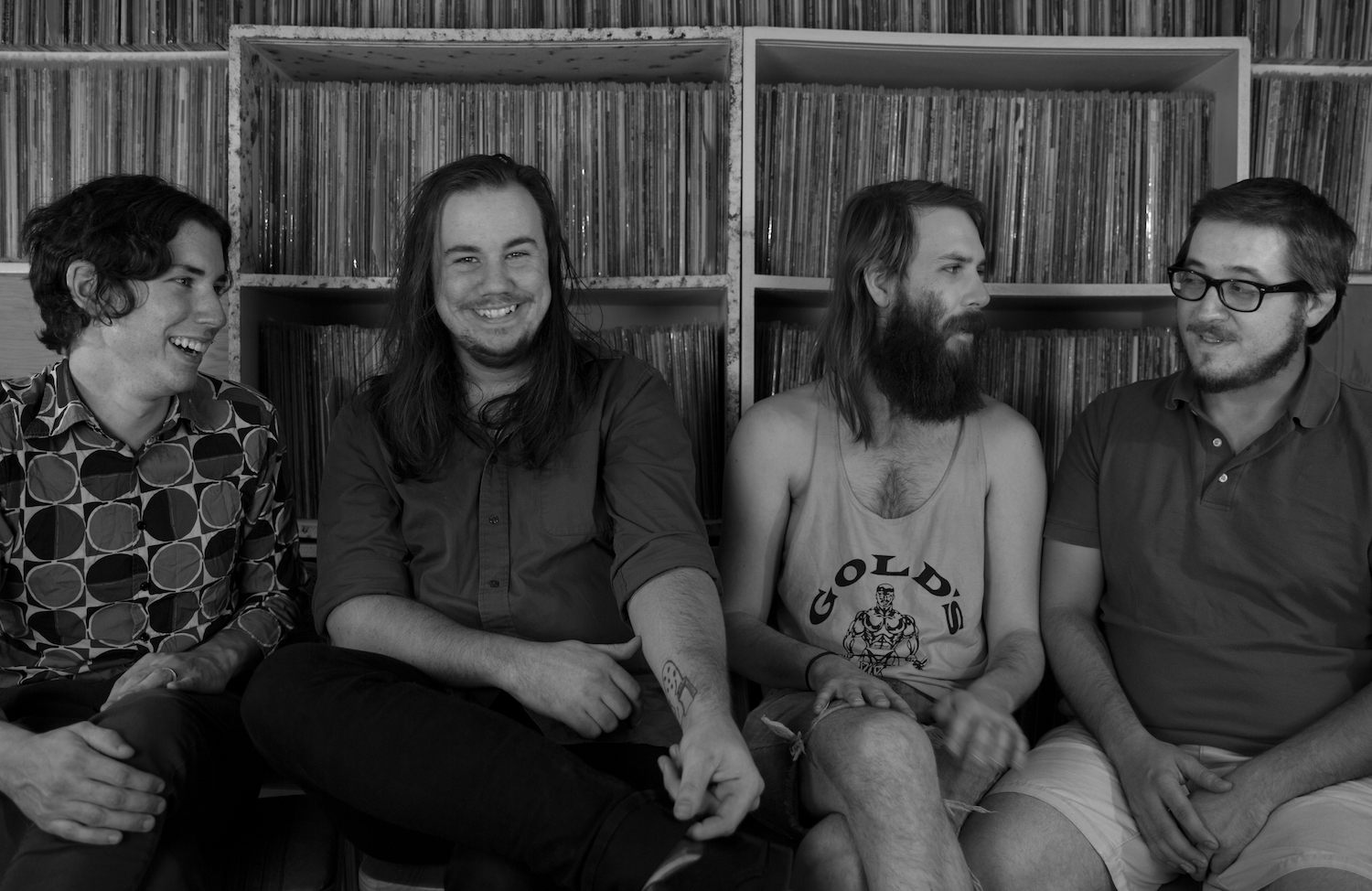 On July 20, Honyock will release debut LP El Castillo via Friendship Fever. The Sacramento, Calif., foursome recorded the album with musician extraordinaire David Vandervelde (Father John Misty, Jay Bennett) at New Monkey Studio, which was owned by the late, great Elliott Smith. Guitarists/vocalists (and brothers) Spencer and Mason Hoffman, bassist Tyler Wolter and drummer Christian “Sunshine” Meinke grew up together, and this familiarity with each other shows through in the ’70s-leaning rock ‘n’ roll they create.

“Patron” is a standout on El Castillo, and like all of Honyock’s songs, it’s deeply personal. “When I wrote it, I was troubled by this persistent pattern in my life of being intimate with drug abuse and drug abusers since I was a kid,” says Spencer. “Like, of the non-functioning sort. Those people can be the sweetest people you’ve ever met, but they disappear a lot, too. You have this dual emotion of ‘I would do anything to help you’ while admonishing them for their own lack of will or their inability to surrender. So the verses oscillate between asking them to raise their ‘white flags’ or their ‘red hands.’ But, ultimately, I think it’s just as much a song about my own savior complex surrounding the issue.”

We’re proud to premiere “Patron” today on magnetmagazine.com. We’re sure you’ll dig it as much as we do. You can pre-order El Castillo here.