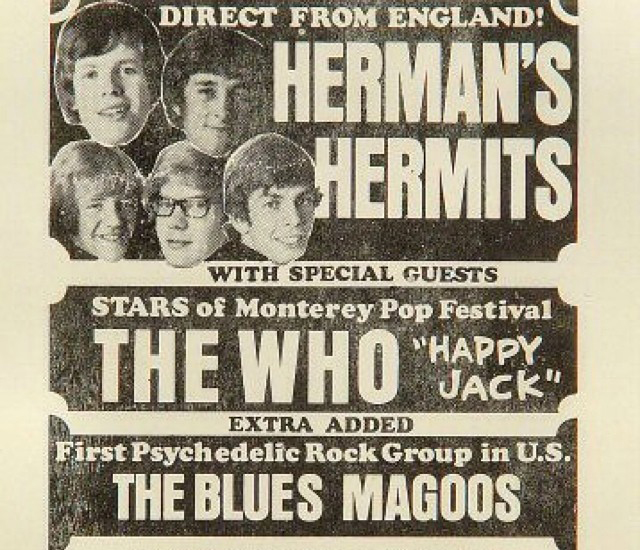 Weckerman: My first rock ‘n’ roll show. Full of screaming 12-year-old girls who were prevented from getting too close to the stage by their mothers during the Who’s performance. And don’t laugh—Herman’s Hermits were pretty darn good themselves.

The Who live in Jersey 50 years later, playing a song from the ’67 Asbury Park show: