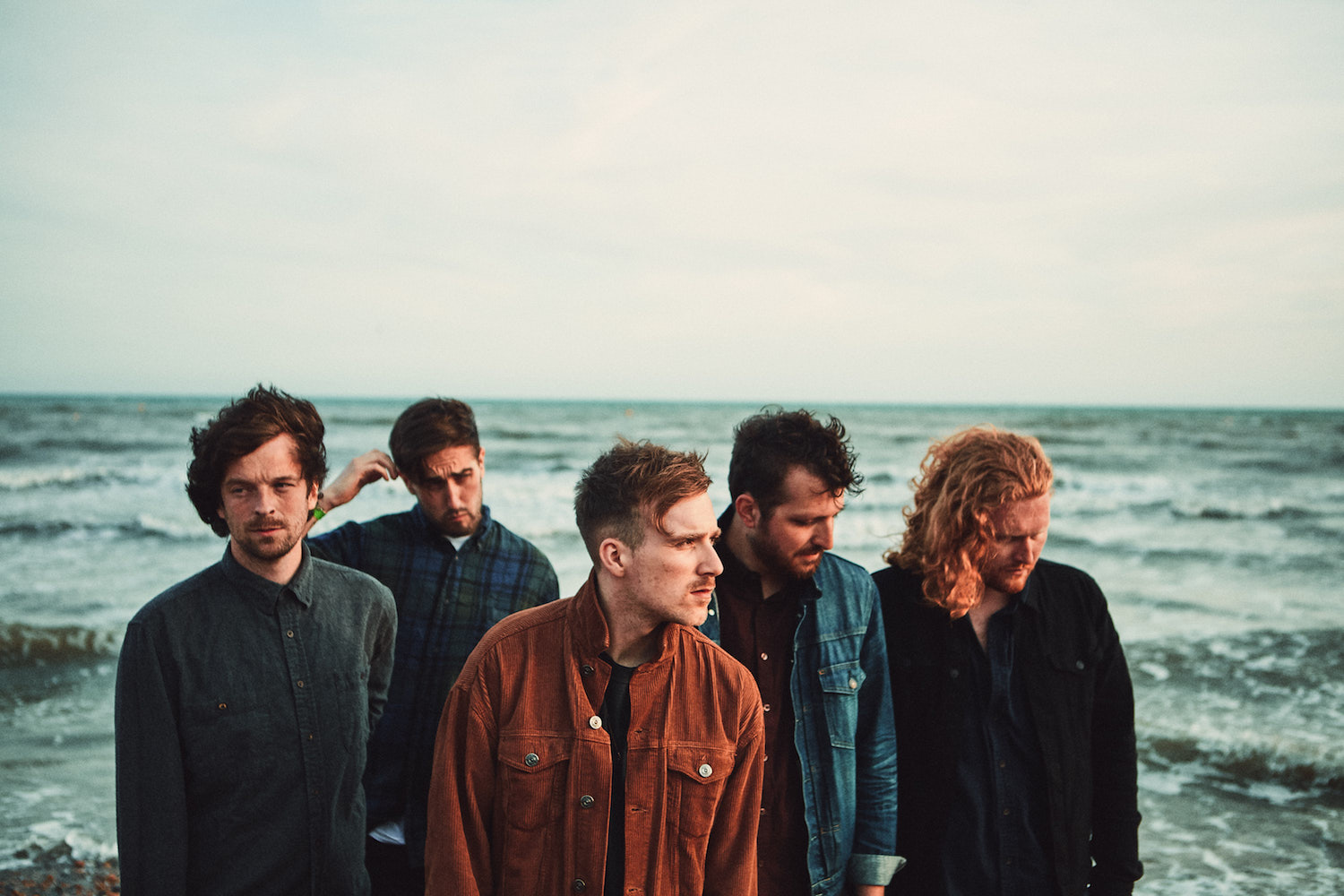 Cape Cub is now officially a sloth, as one-man British bedroom recorder Chad Male has recruited four bandmates and released the “Moonglow” single. Male says Cape Cub was always intended to be a full-band project, which now allows Male to pursue his dream of rocking arenas like heroes the Killers, U2, Death Cake For Cutie and the Cure. But while the quintet is busy kicking it as a live band, the songs remain the major focus for Male. So we were curious what influenced his art, and thus we asked him to make MAGNET a mix tape. He compiled this awesome one for us, saying, “I tend to write songs with a landscape image in my mind. The best songs don’t just sound great and mean something, but they paint a picture, too. All the songs on this mix tape evoke a sense of nostalgia and mean something to me personally. Whether I was even born at the time of them being written or not, I can picture the moments and meanings behind them so vividly because of the textures that accompany them and the lyrics that carry them. They’re like watercolours to canvas.”

Bruce Springsteen “My Hometown”
My parents divorced around the time I was born, and I saw my dad on weekends as a kid. We spent a lot of time together in his car driving around, visiting everywhere we could get to. Money was short, and he always used his imagination to come up with the most fun places to visit, but often the best times were spent in our hometown, Redcar. From the Italian ice cream shop, Pacittos, on the seafront, to the sand dunes on the Coast Road, to the skatepark on Majuba Road and the old library on Coatham Road. They were always incredibly fun, beautiful times. Things have changed a bit since then. The town has had the loss of its steelworks, and it’s had austerity and cuts, hitting it hard. I guess in Redcar we’ve got a British equivalent of Freehold or Asbury Park, N.J., with a potent mix of history and achievement, love and nostalgia, sadness and sorrow. Springsteen’s words echo my own in so many regards. Forever the line “Son, take a good look around, this is your hometown” will echo in my head.

Death Cab For Cutie “I Will Follow You Into The Dark”
This is Ben Gibbard, one of my favourite songwriters of all time, singing about death, the “afterlife” and what I read as struggling with the concept of faith. What if there really is nothing afterwards? It’s like, ‘Don’t worry, I’ll be there soon and you won’t be on your own.’ You know one of them songs that, no matter how many times you’ve heard it, it moves you to stand still and completely pauses every thought that’s going through your head? That. It hugely influenced a Cape Cub song, ‘Swim,’ which I wrote and recorded in my mum’s loft at home on the coast. Visually, it represents a little light bulb, glowing and flickering in a dark room saying “everything’s gonna be OK.”

Phoebe Bridgers “Funeral”
This song is so real, yet so ethereal at the same time. It’s so deep, yet so light on its touch. It almost feels like a 3:52 snippet of a moment, a head space that carries so much weight. We’ve all been there when we’re in a dark place, and that kind of deep emotion can cripple you, when you get absolutely and completely lost within your thoughts. I probably don’t want to go too into it, as I don’t want to disseminate the song when you can take your own meaning from it, but if you listen to the lyrics—and it’s a song you’ll want to listen to on your own—you’ll know what I mean. Fair play to her for being so damn honest. It’s refreshing.

Billy Bragg “A New England”
“I saw two shooting stars last night/I wished on them, but they were only satellites/Is it wrong to wish on space hardware?” It’s a simple, astute and incredibly well-written portrait of love (or the want of). From “pushing prams” to “shooting stars,” he’s at one moment on the ground and in the next up in the universe. It’s this kind of songwriting that truly inspires me as a writer. So visually ambitious and down to earth at the same time.

Brandon Flowers “Between Me And You”
This song speaks for every man and woman out there, I think. Being in a relationship is damn hard when you’re trying to make ends meet and you’re trying to balance all these challenges that life throws at you, whilst fighting to be the best person you can be to that person who means the most to you. The lyrics “These hours I’m working ain’t nearly enough and sometimes its like a bullet came and blasted me right of out of the blue/But I’m doing my best to not let it get between me and you” just kill me. Brandon Flowers just knows how to write it, doesn’t he?