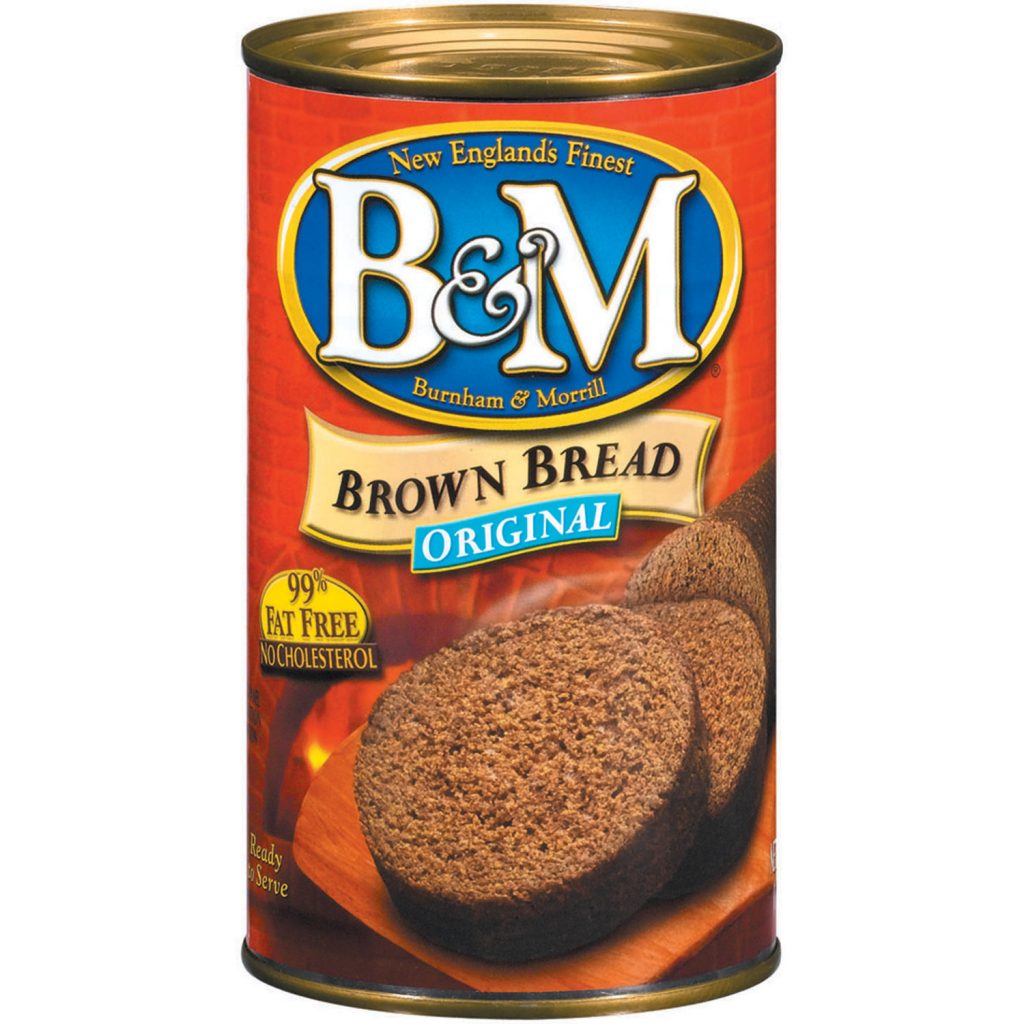 Holsapple: Among my fondest food memories from growing up was when my mom would serve B&M Brown Bread with their adjacent baked beans. The beans I didn’t really care for—molasses-y and thick, too sweet for a vegetable, too utilitarian for a dessert. But the brown bread was wonderful stuff—butter on top made for a delicious taste that got eaten long before the baked beans ever were!

My children, aged 14 and 10, had a very hard time imagining that you could have bread in a can, and honestly, I was at something of a loss trying to explain it to them. But once it was opened, sliced and served, they understood why I loved it so much. Dense and rich, it’s still one of my most favorite things to eat. (I had the hardest time finding it on my Kroger’s shelves, though. One might’ve thought it’d be seated near its bean accompaniment, but I found it near the baking needs. Go figure.)