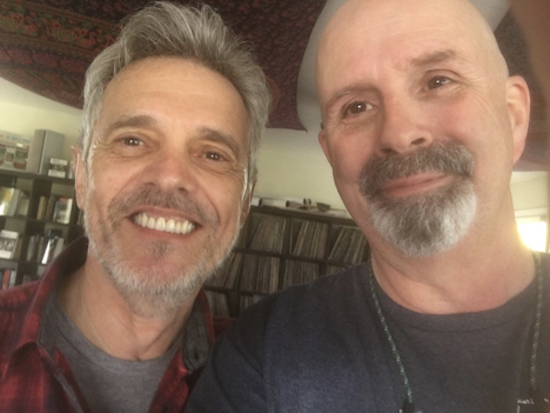 Holsapple: I met Iain Matthews in Austin during South By Southwest in the 1990s when he was labelmates with Continental Drifters on the glorious and soulful Blue Rose Records out of Germany. We were in our deep Fairport Convention-appreciation-society phase that was born from a tribute to Sandy Denny we did at St. Ann’s in Brooklyn with a ton of vocalists. Iain was not among them, but Edgar Heckmann from Blue Rose saw the possibility/need of getting his two artists together. Band and Iain clicked immediately, and we backed him up on a show in New Orleans at the Howlin’ Wolf as part of our guest-star series. Over the years, we’d find ourselves in the same place at the same time, including a house concert in Durham, N.C. last year.

He’s a veritable juggernaut, with more than two dozen solo albums over the years, touring steadily and creating, creating, creating. This year, he released the first Matthews’ Southern Comfort album in decades, a beautiful sound that’s gotten a welcome return. His energy is ceaseless, his humor is sly and droll, and his voice is timeless. All of that will undoubtedly come into play in his forthcoming autobiography, Thro’ My Eyes: A Memoir.

I wanted to mention him here to: a) remind everyone who knows Iain’s work that he persists; and b) suggest to anyone who doesn’t know the amazing catalog of Iain Matthews has a gaping void in their collection that should be filled before any more time elapses. Proud to know and sing with the guy.