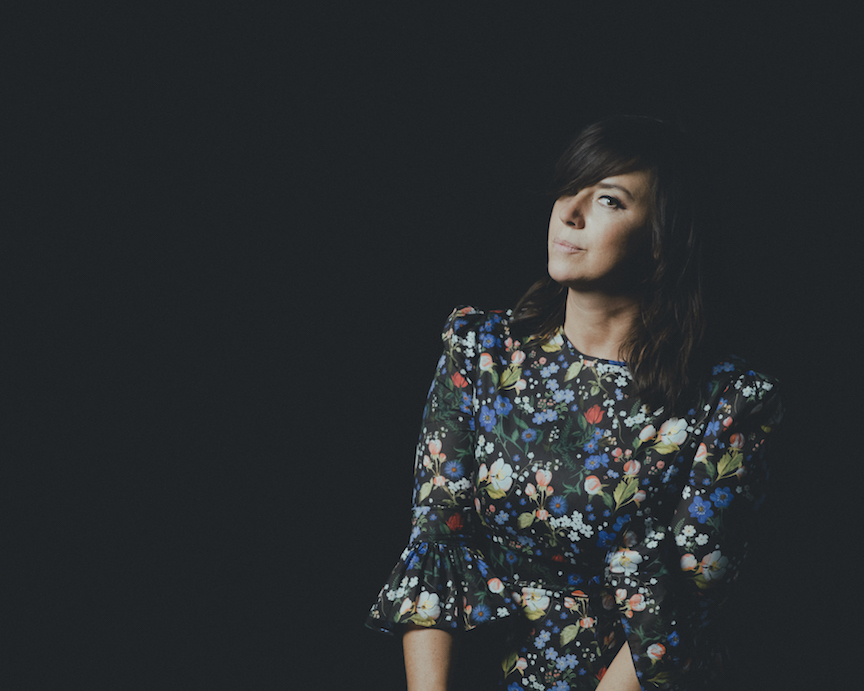 It’s been six years since Cat Power released Sun—which, according to Wikipedia, we called “easily her fullest-sounding, most animated record to date”; just fact-checked, and we did indeed say that (see kids, you can trust Wikipedia!), and we meant it, dammit—and now Chan Marshall is set to release Wanderer via Domino on October 5. Like with Sun, Marshall is again is the producer seat solo, and Wanderer also features guest appearances from Lana Del Rey and unnamed “longtime friends and compatriots.” Since we couldn’t find out who those were, we decided to guess. So we think they include Jude Law, Eddie Vedder, Yoko Ono and Michelle Obama. And we also think that Wanderer could easily be Cat Power’s fullest-sounding, most animated record to date … In the music-to-take-drugs-to department: Animal Collective has teamed up with art-science duo Coral Morphologic for Tangerine Reef (Domino, August 17), an audiovisual album commemorating the International Year Of The Reef. (Side note: Based on our walk to work each day, 2018 also seems to be the International Year Of The Reefer, in Philly at least.) … In The Blue Light (Sony, September 7) is the 14th studio album from Paul Simon, featuring new versions of some of Rhymin’ Simon’s favorite songs from his catalog with help from a bunch of musicians including the National’s Bryce Dessner … Not to be outdone done by his twin-brother National bandmate, Aaron Dessner has teamed up with Justin Vernon (Bon Iver) for Big Red Machine, a 10-track LP out August 31 on PEOPLE/Jagjaguwar … Waxahatchee, the artist behind MAGNET’s album of the year in 2017, is back September 7 with the Great Thunder EP on Merge, seven songs that Katie Crutchfield wrote earlier in her career and decided to reimagine and re-record … Metric‘s seventh album is out September 21 via MMI/Crystal Math, but it has no title, track listing or album art yet; so you crazy kids are grounded until you turn that shit in, eh? … That same day, Thalia Zedek Band, aided by J Mascis (Dinosaur Jr) and the always wicked-cool Chris Brokaw (Come, Codeine), is back with  Fighting Season (Thrill Jockey) … Negro Swan is the fourth album from Blood Orange (a.k.a. Devonté Hynes, of Lightspeed Champion and Test Icicles fame), due out August 24 on Domino … 13 Rivers (New West, September 14) is 13 new songs from Richard Thompson, recorded and produced by the living legend in just 10 days … Dean Wareham (Galaxie 500, Luna, Dean & Britta) and Cheval Sombre will release the self-described “western dreampop” Dean Wareham Vs. Cheval Sombre (we’re betting on a tie) via Double Feature on October 26 … Devotchka‘s This Night Falls Forever is out courtesy of Concord on August 24 … Lucy Wainwright Roche is self-releasing Little Beast on September 28 … Swingin’ Utters and Fat Wreck Chords are feeling the Peace And Love on August 31 … On October 19, Columbia will release Forever Neverland, the second LP from MØ … Eric Church‘s new album, Desperate Man, is out October 5 on EMI Nashville … Finally,The Rick And Morty Soundtrack is the, uh, soundtrack to Rick And Morty, featuring music by the show’s composer Ryan Elder alongside songs from Blonde Redhead, Mazzy Star, Belly and Chaos Chaos; the 24-track record is out via Sub Pop/Adult Swim on September 28 (as a CD and a double-LP set) and on November 23 (as a deluxe double-LP set that comes with LED lights, a poster, a patch, a sticker, a bonus seven-inch and MacGyver).