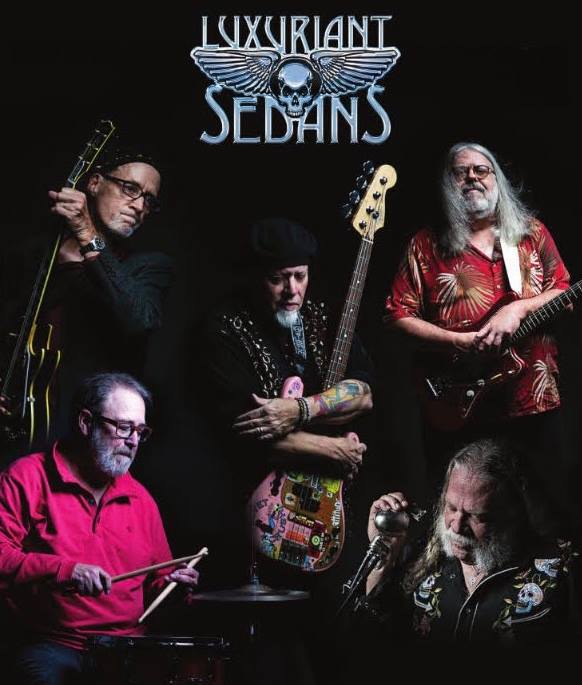 Holsapple: My contemporaries from the Winston-Salem music scene, all grown up and playing an articulate and muscular sort of blues music. We grew up in a phenomenally rich musical town, from the “5” Royales to the Vagabond Saints Society, and Ed Bumgardner chronicled an era of it as music writer for the Winston-Salem Journal for 26 years–and lived it as bassist for many bands. This one is a badass modern unit with stunning guitarists Rob Slater and Gino Grandinetti trading unique riffs. Mike Wesolowski brings his precision harp sound along with his gruff voice to the front of the stage—Weso is also a harp amp developer with Mega Tone Amps. New drummer Larry Carman makes his debut with the band’s new release, Fourth Gear. The tradition shines through the technique, and the result is that the Luxuriant Sedans give their blues a good rejuvenation in the hands of modern masters.