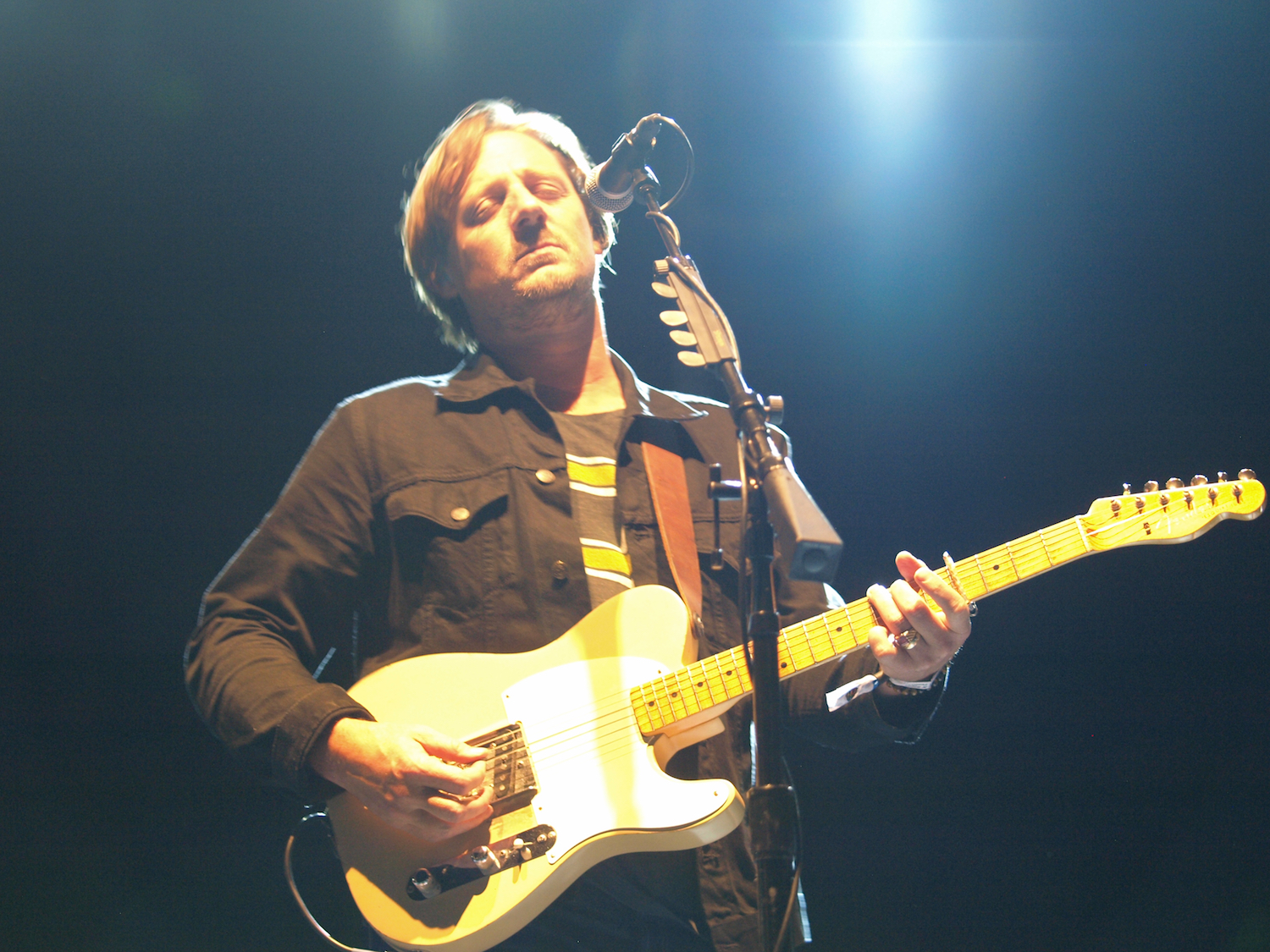 The 12th annual Roots N Blues N BBQ Festival at the picturesque Stephens Lake Park in Columbia, Mo., wrapped up my summer again for the second straight year. Some of the best live music talent in the world coupled with more than 20 delectable food trucks and a daily whole-hog feeding frenzy is a recipe for success in its sheerest divinity, not to mention the sporadic array of locally crafted libations and all that thereof. Yet again the weather was perfect and being taken in by some of the kindest people I’ve ever been around in those working and/or indulging in the festivities. Tell me again about a country divided? RnBnBBQ is simply a cornucopia of love and positivity that’s not even trying to be. Music, great food and like-minded folks have a way about that.

Friday
Musical festivities kicked off with local sweethearts the Burney Sisters. They busked outside the festival last year and opened for the Avett Brothers the following. Don’t let the cuteness fool you—they have delightful songs well beyond their years and arrangements as impressive as the fact that the oldest of the two sisters is 13. Emma and Olivia are future folk legends without a question. 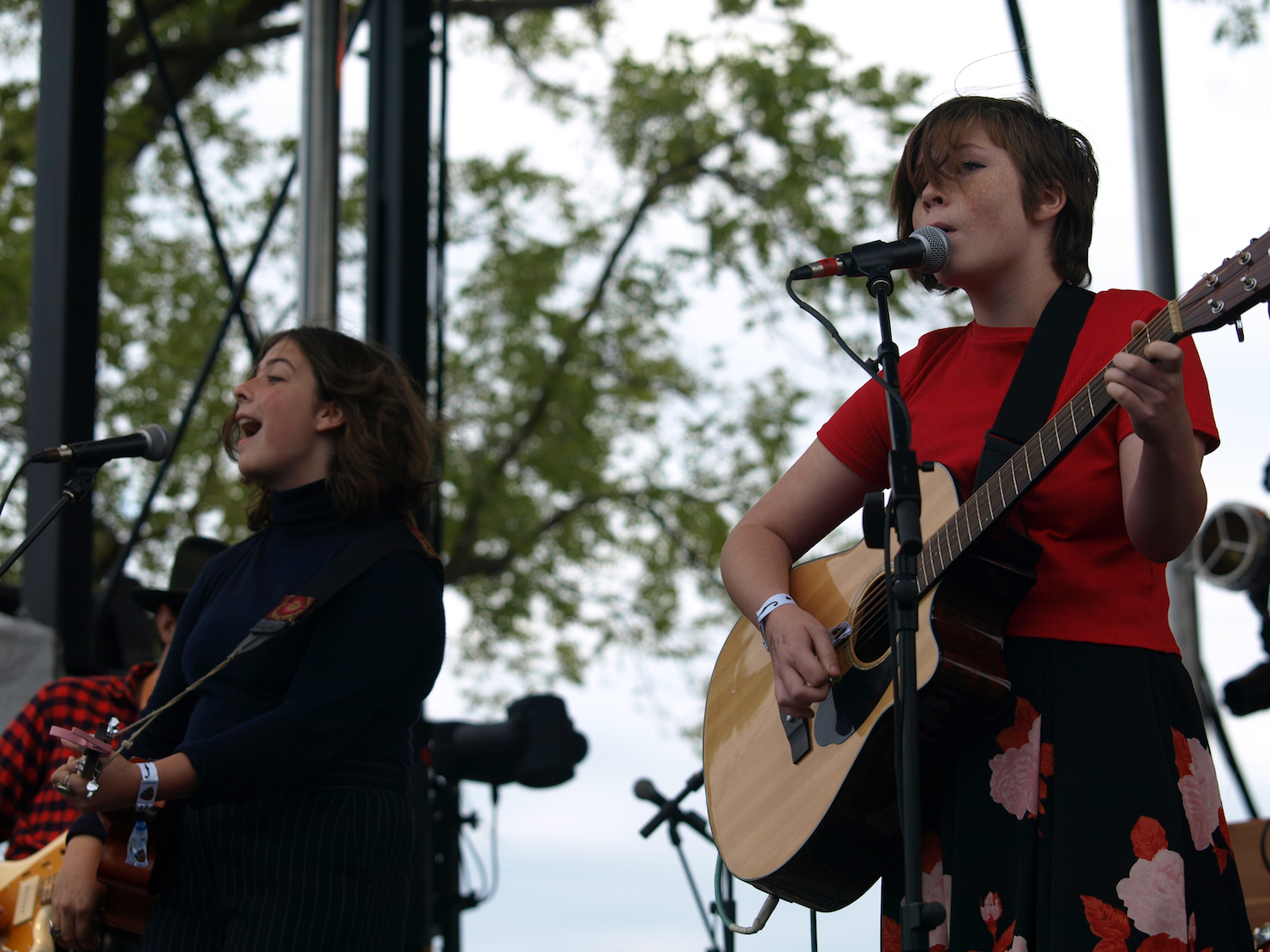 Los Lobos turned in one of the ultimate highlights of the weekend with an early-yet-remarkable set. Dave Hidalgo is a god on vocals, guitar, squeezebox, whatever you need. Hell, the entire band is really. When not bringing blues-infused rock ‘n’ roll, its Mexican blues and traditionals are a tasty treat. Los Lobos is hands down one of the greatest American bands of all time, living legends with no signs of slowing down. 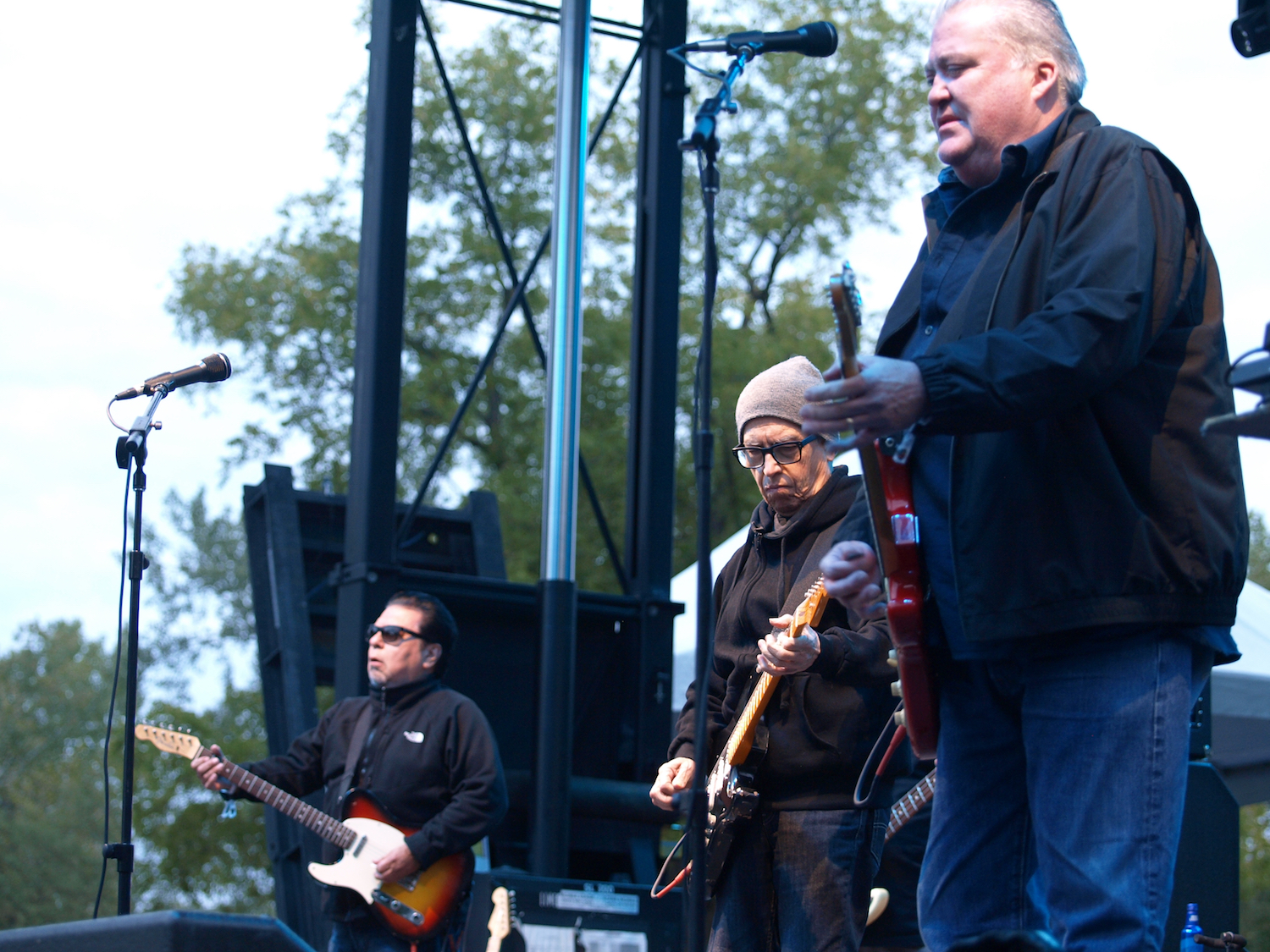 Keb’ Mo’ picked up what the Lobos were putting down with a phenomenal offering of funky-cum-jazzy blues with two sets of keys, an absolute killer on rhythm guitar and backing vocals—and one of the tightest rhythm sections around (a common theme throughout the weekend). One of the coolest cats around with a voice to melt butter and more soul than hominy grits and turnip greens, Keb’ Mo’ boasts four Grammy and stringed-instrument prowess that rivals anyone. 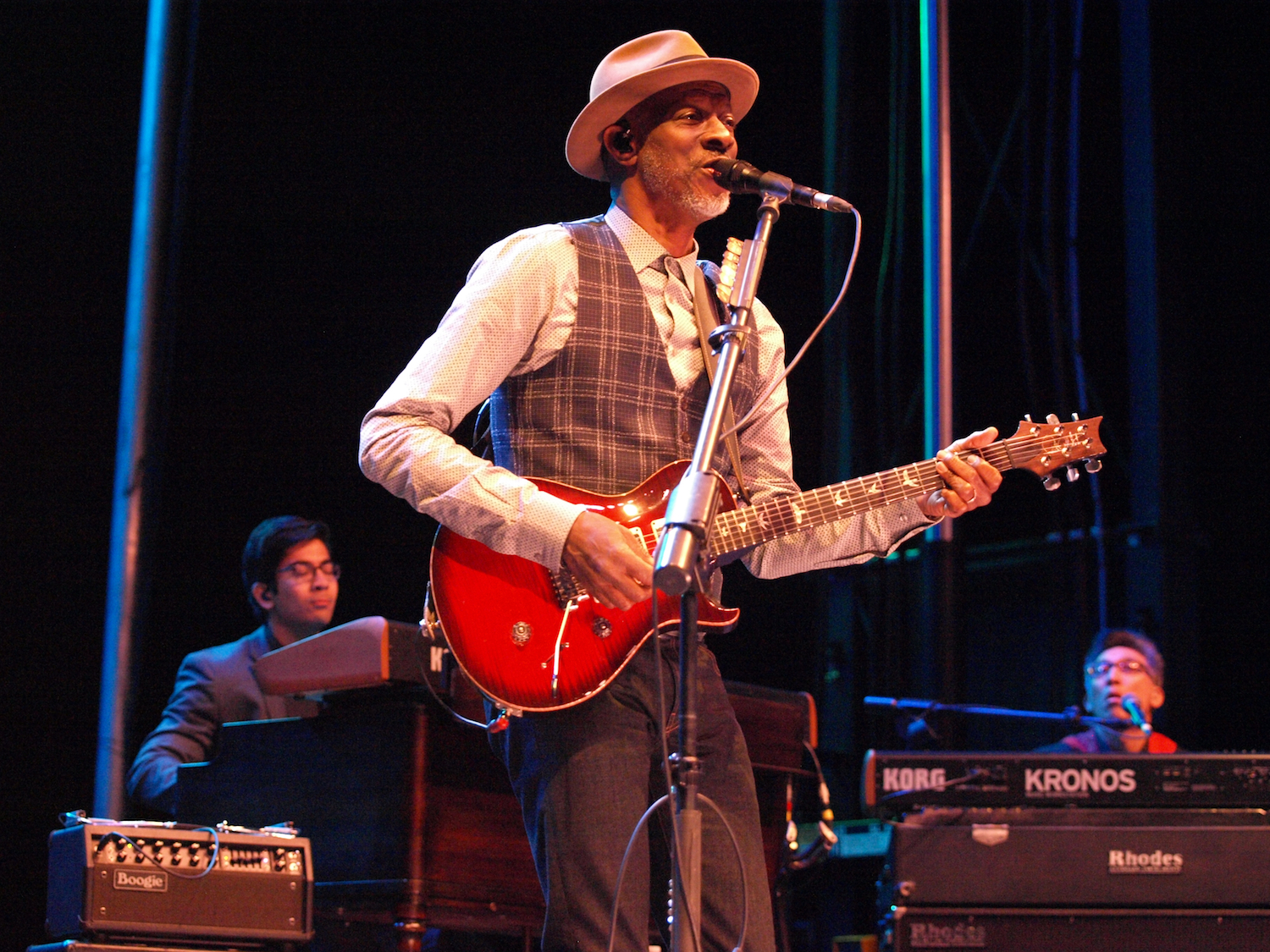 Others onstage were Lake Street Dive, the female embodiment of Joe Bonamassa in Samantha Fish and the fratboy folk of the Avett Brothers. Too each their own, I suppose.

Saturday
Kelly Willis started my day with a perfect collection of country gold, a bit of rhythm ‘n’ blues and rockabilly shake. Soul-cleansing music sans one iota of “fluff”—that’s refreshing. She’s well-versed in an array of stylings but kept it in the fence for the sake of the festival. Local boys done well Ha Ha Tonka turned in an inspiring hour-plus with an unforgettable number about partying in Arkansas that I still can’t shake from my brain matter. Does anyone else make a Telecaster sound as perfect as Dale Watson? Yes, of course, but his axe bedazzled in coin currency has a unique voice. As does Watson himself, the consummate showman, entertainer and Lone Star beer pusher—long love trucker songs and humor-packed honk tonkin’. 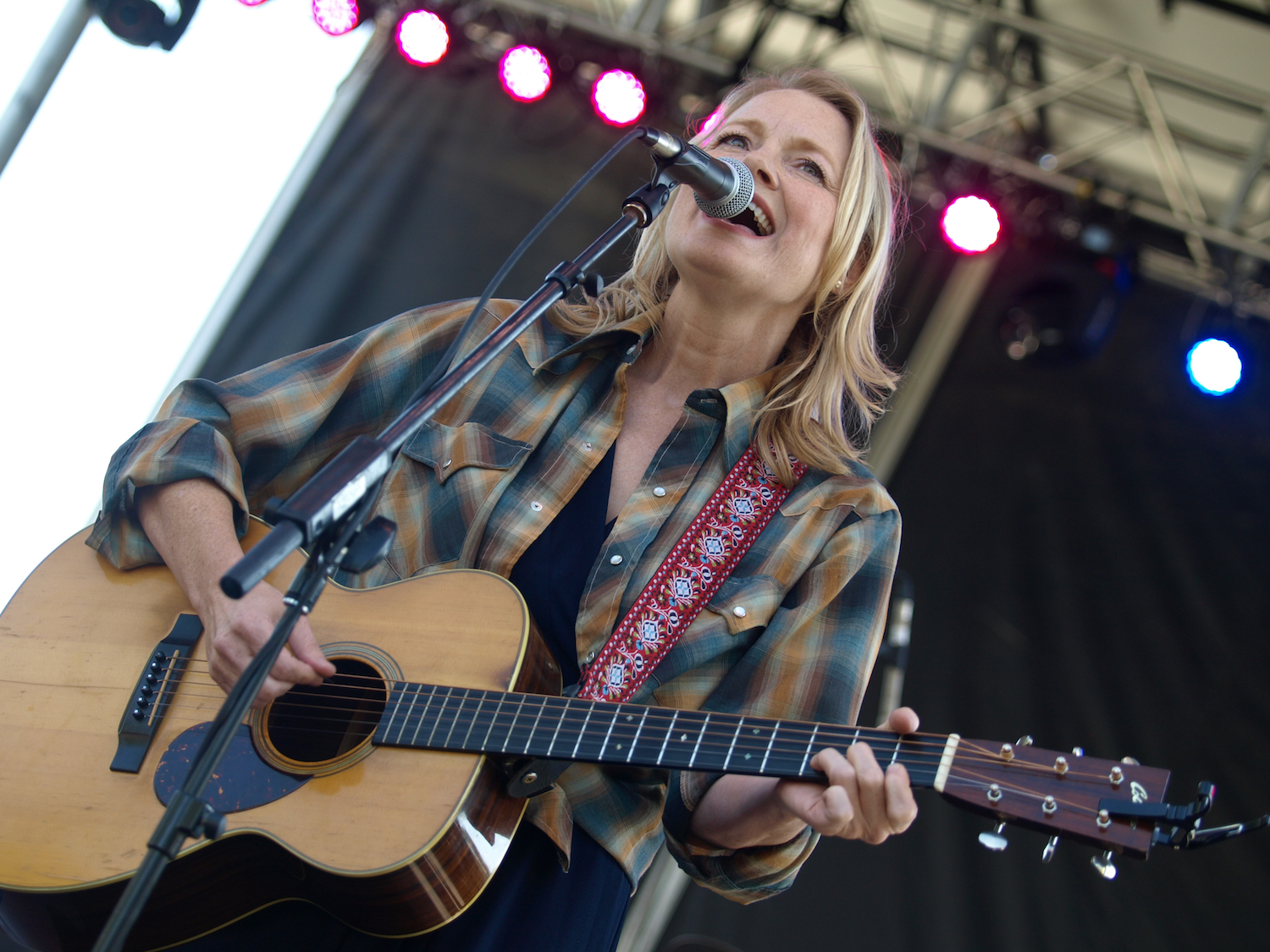 Son Volt was shot out of a canon. Jay Farrar and Co. were purely on fire from commencement. A powerful set dipping slightly toward melancholy only to resurge the auditory onslaught again. Diehard fans got their “Windfall” and “Tear-Stained Eye,” though latest record, one-chord-blues-heavy Notes Of Blue, was heavily represented. Chris Frame’s guitar work was otherworldly, and the band seemed on a mission of sonic totality and succeeded in droves. Taj Mahal and his trio turned in some tasty picking overflowing with personality and legend. The three-time Grammy winner seamlessly sews the divide between folk, blues, jazz, soul and rock ‘n’ roll … if there even is one. 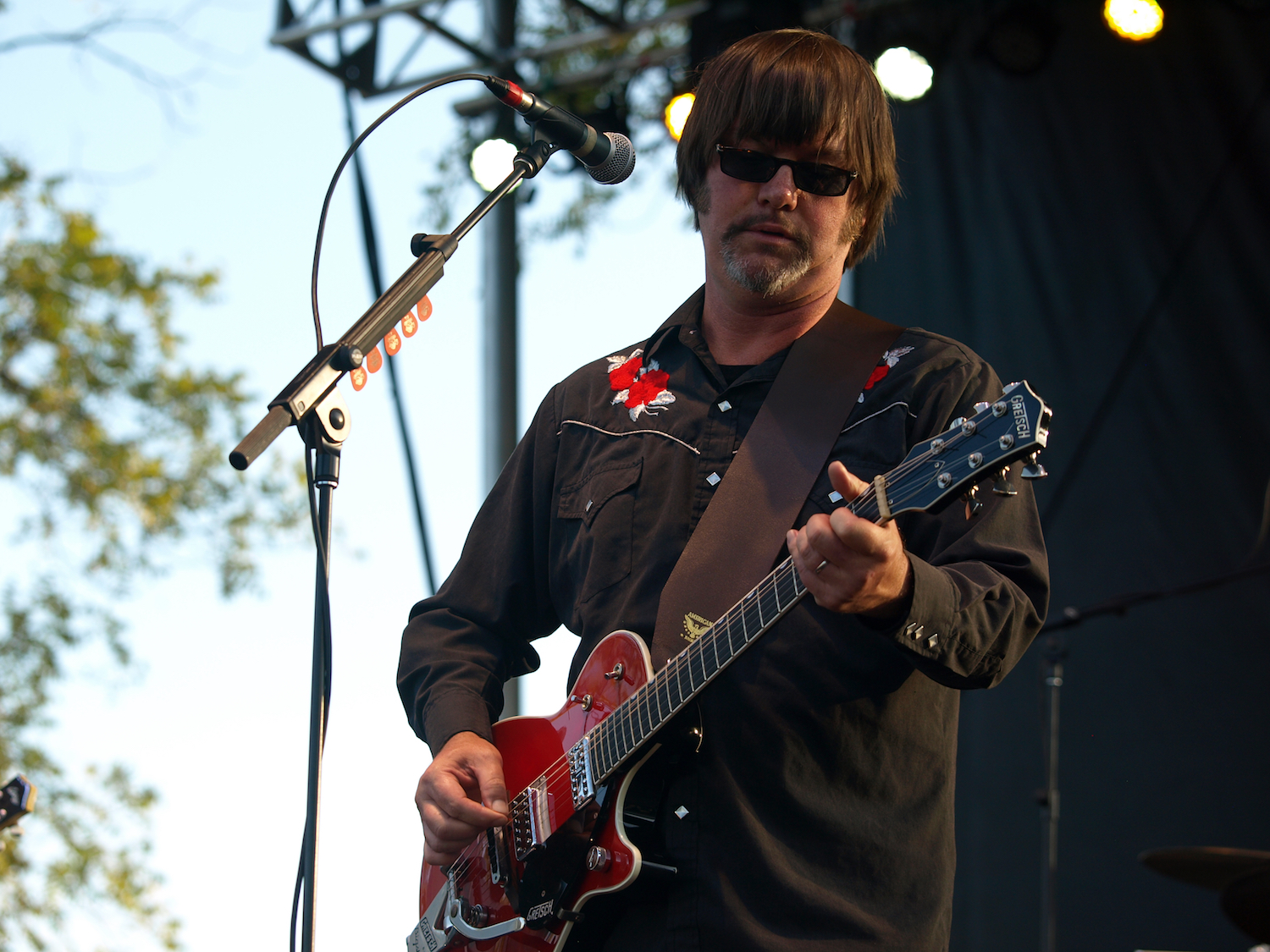 Ms. Margo Price and band were another example of an impeccable rhythm section. The entire group is finely tuned of epic vibrations, stretching out into cosmic jams. Price is a bonafide star who was made to front a band, an indelible mix of beauty, brains and creativity. Highlights included covers of Dolly Parton’s “9 To 5” and a rousing version of Neil Young’s “After The Gold Rush.” 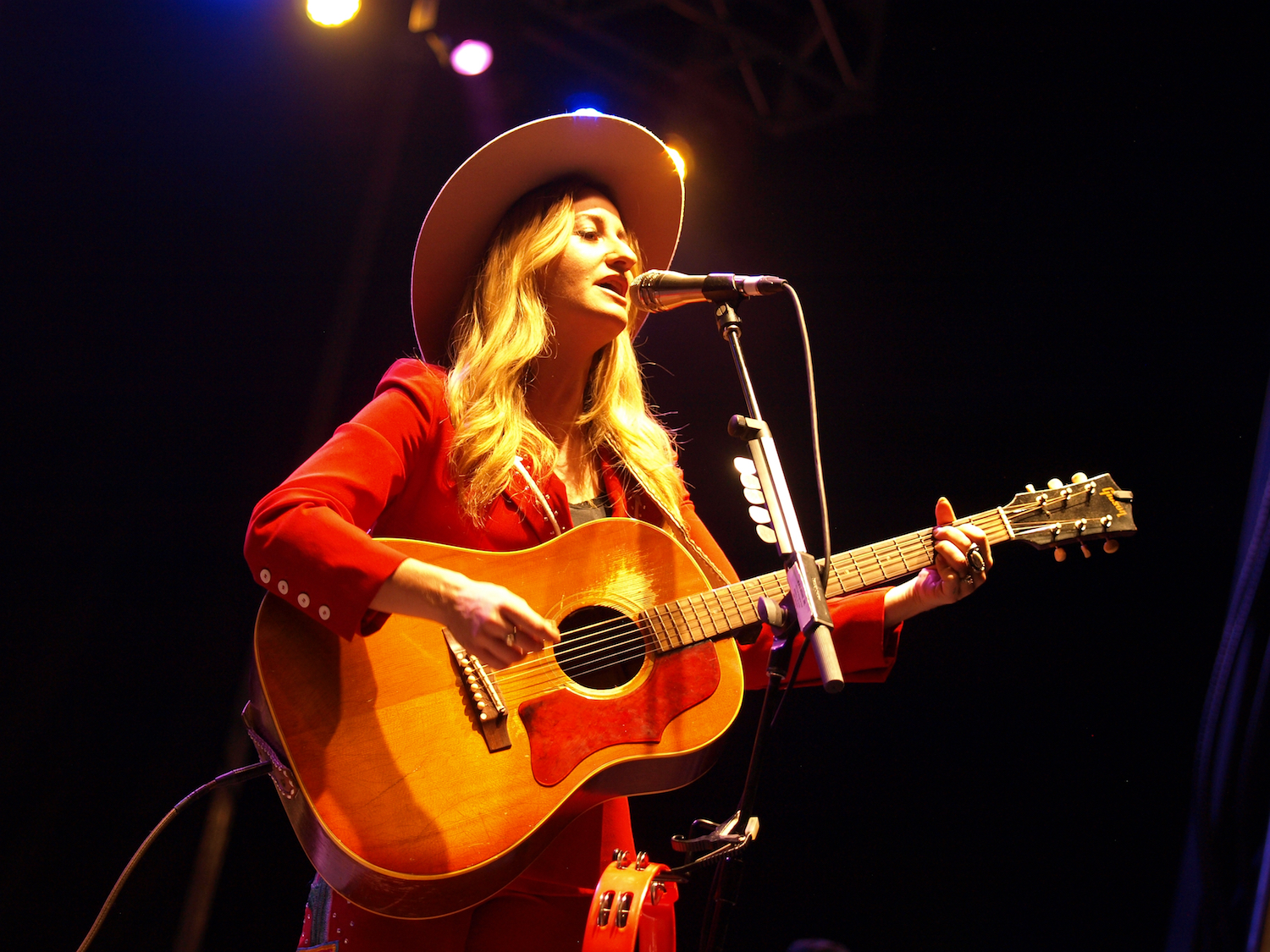 Enter Sturgill Simpson a mere 30 minutes post-Price. His is a four piece for the ages, like a Grateful Dead show on trucker speed, with a blood stream already full of Freddie King, Cash, Waylon, and Otis. It’s plain to see why Simpson has replaced a second guitar with Bobby Emmett’s organ and keys—there’s no reason for another six-string, as Simpson is simply one of the best guitar players on the planet. For those hoping to see High Top Mountain-era Simpson, their cards were rebuked. This was a rock show taking no prisoners, decibels at full tilt and souls on fire. There were plenty folks taken aback by sheer volume and heading for the hills. (Literally.) The set was perfect, especially with no encore,  because that’s punk as hell, right? Sturgill does Sturgill these days. Those in favor, strap in and hold on; those hoping for a boxed country show, good riddance. A blazing cover of the aforementioned King’s “I’m Going Down” has been on constant reply in my inner sanctum. An early congratulations to Simpson, as he and wife await the birth of their third child. He forewarned that he doesn’t have a clue as to when he may be playing a stage again after just one more festival appearance for 2018. 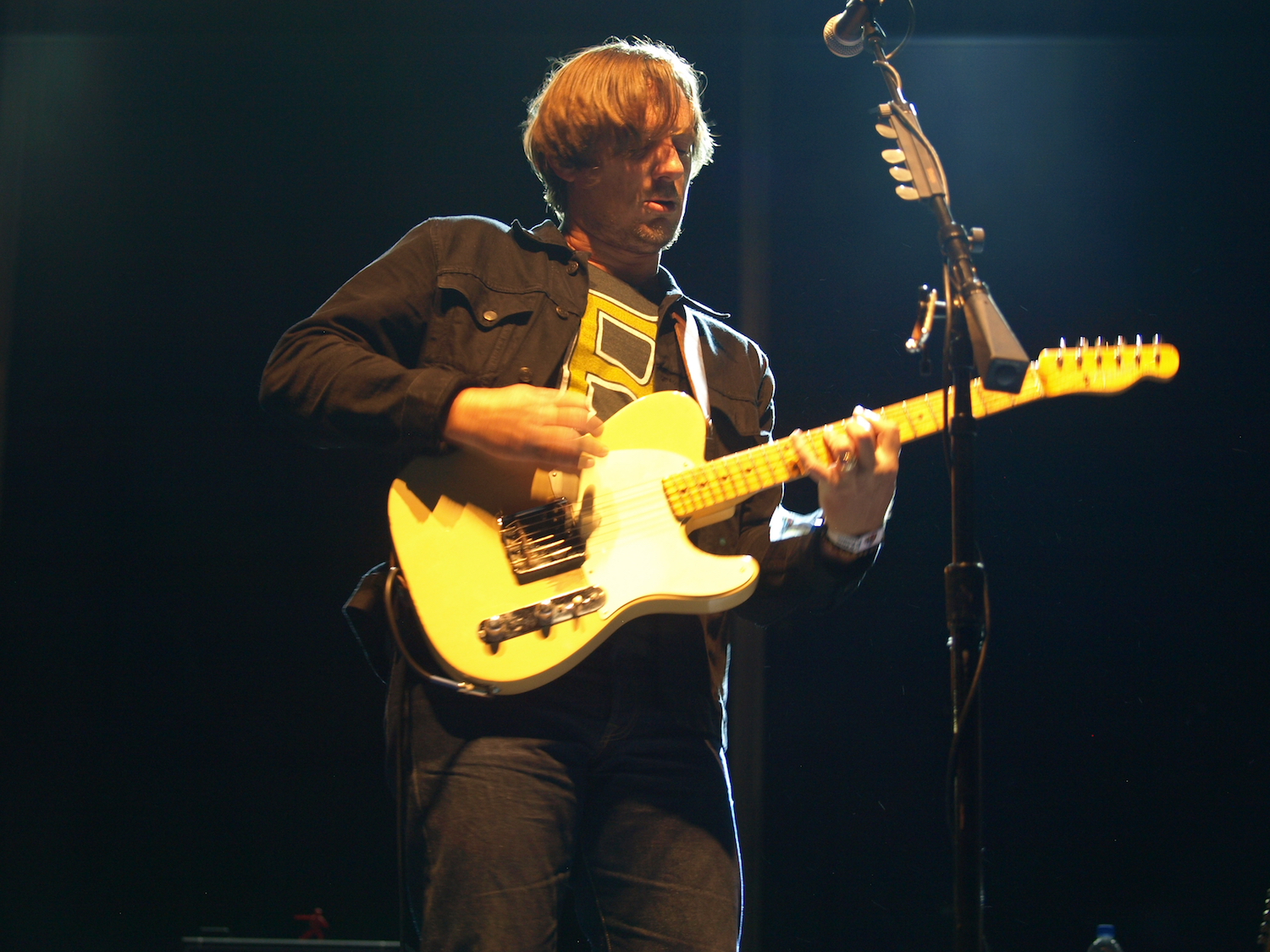 Sunday
Music Maker Blues Revue started a fine Sunday and was the closest thing to church for yours truly in quite some time. Blues is a religion of sorts, and my heart was full. Israel Nash was a pleasant surprise, chock full of soulful country and rock ‘n’ roll. The Mizzou alumni blazed through a raucous set of great songs with a tight band and heartfelt delivery—thoroughly enjoyable. Valerie June registered positive vibes a-plenty with her succulent brand of folky soul and rock ‘n’ roll. She matched the weather with the PMA and evoked an “Aha” moment to step back and realize how much beauty was going on at that very second. Mine eyes got to misting, and for that I am grateful. 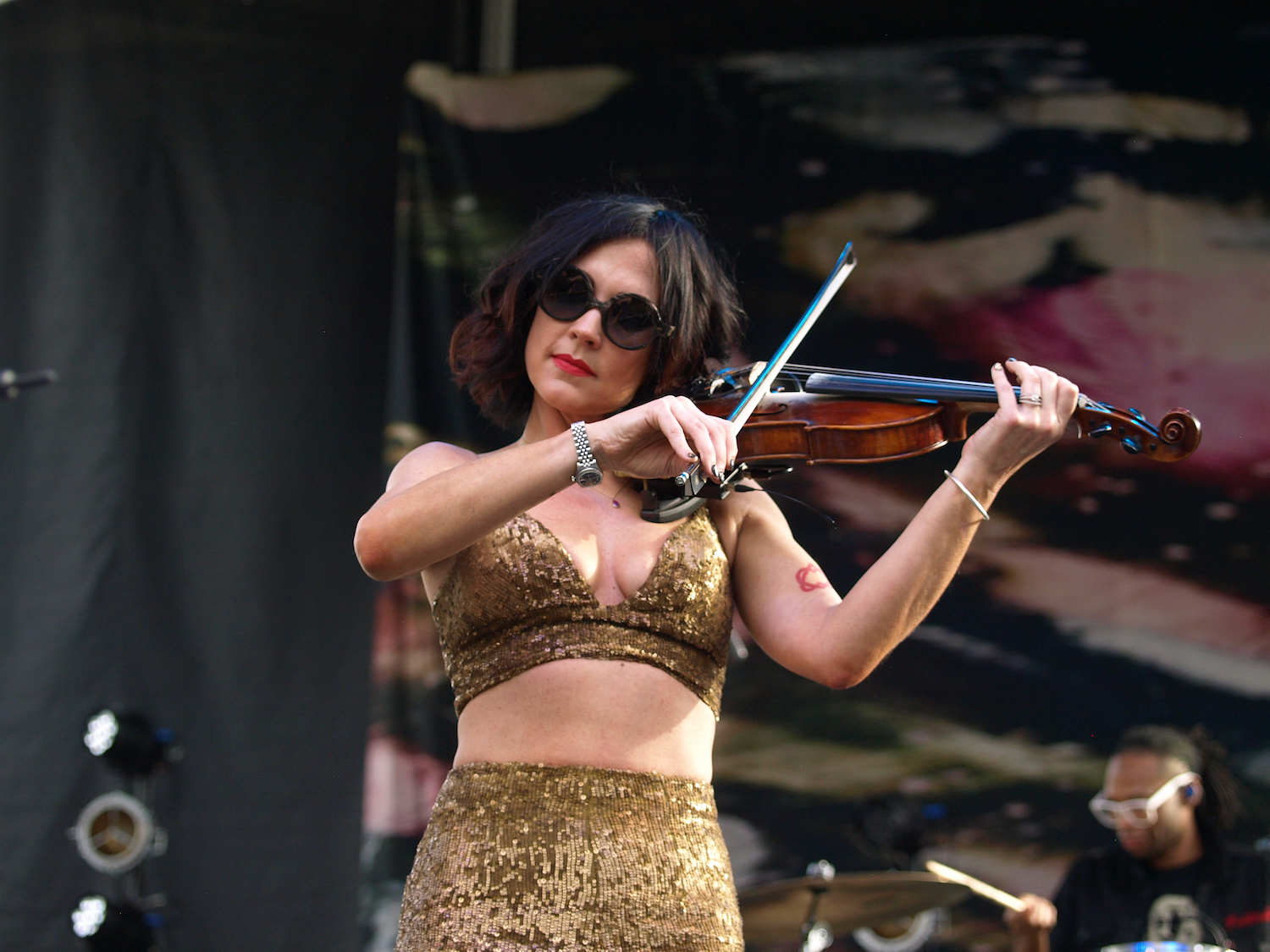 Amanda Shires wowed as usual on the heels of her brilliant new record, To The Sunset. Another shot in the arm of lovely ladies making poignant music. New Orleans’ own Trombone Shorty and his band Orleans Avenue brought a heavy dose of non-stop funky soul. Incredibly animated and loaded with party songs. It’s plain to see why Shorty and Co. have been worldwide festival mainstays for years and will continue to be so. A special shout out to everyone’s favorite sax man Uncle Dan as this was his 36th-birthday show. If Shorty is the anchor, Uncle Dan is the crow’s nest. 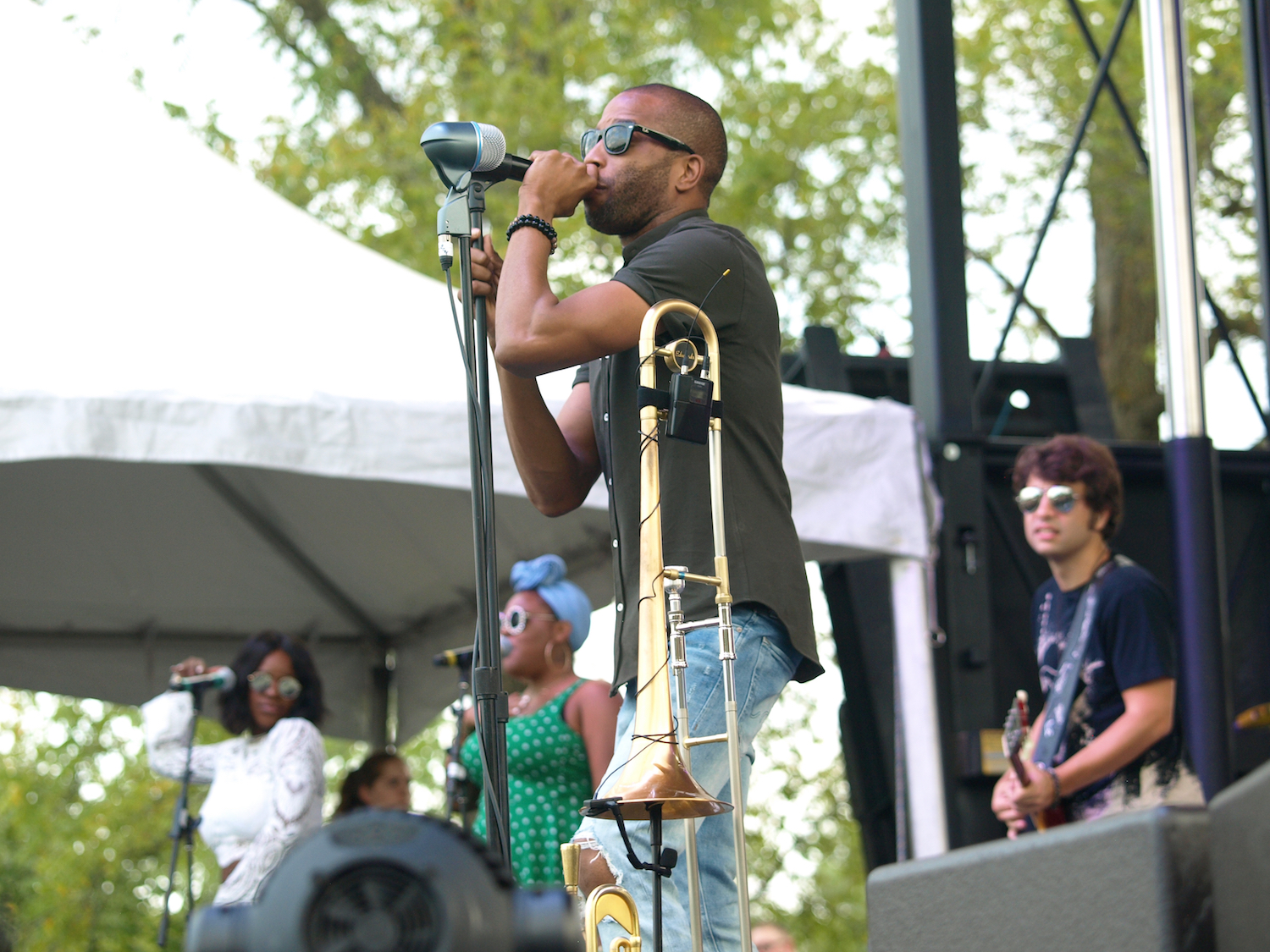 Doubling down on the Missouri Lottery Stage and closing out the festival was the remarkable Nathaniel Rateliff & The Night Sweats. Stax Represent! The Hermann, Mo., native and his band of soul-schooled brothers swelled hearts and dusted off white people’s dancing shoes. Yet another unobtrusive band and dead-on rhythm section throwing in a perfect set of live music. I can’t think of a label catalog more suited for them than Stax. They’re the culmination of all that’s come before. From Missouri wine country to worldwide roc ‘n’ soul phenoms—fun, fun, fun. 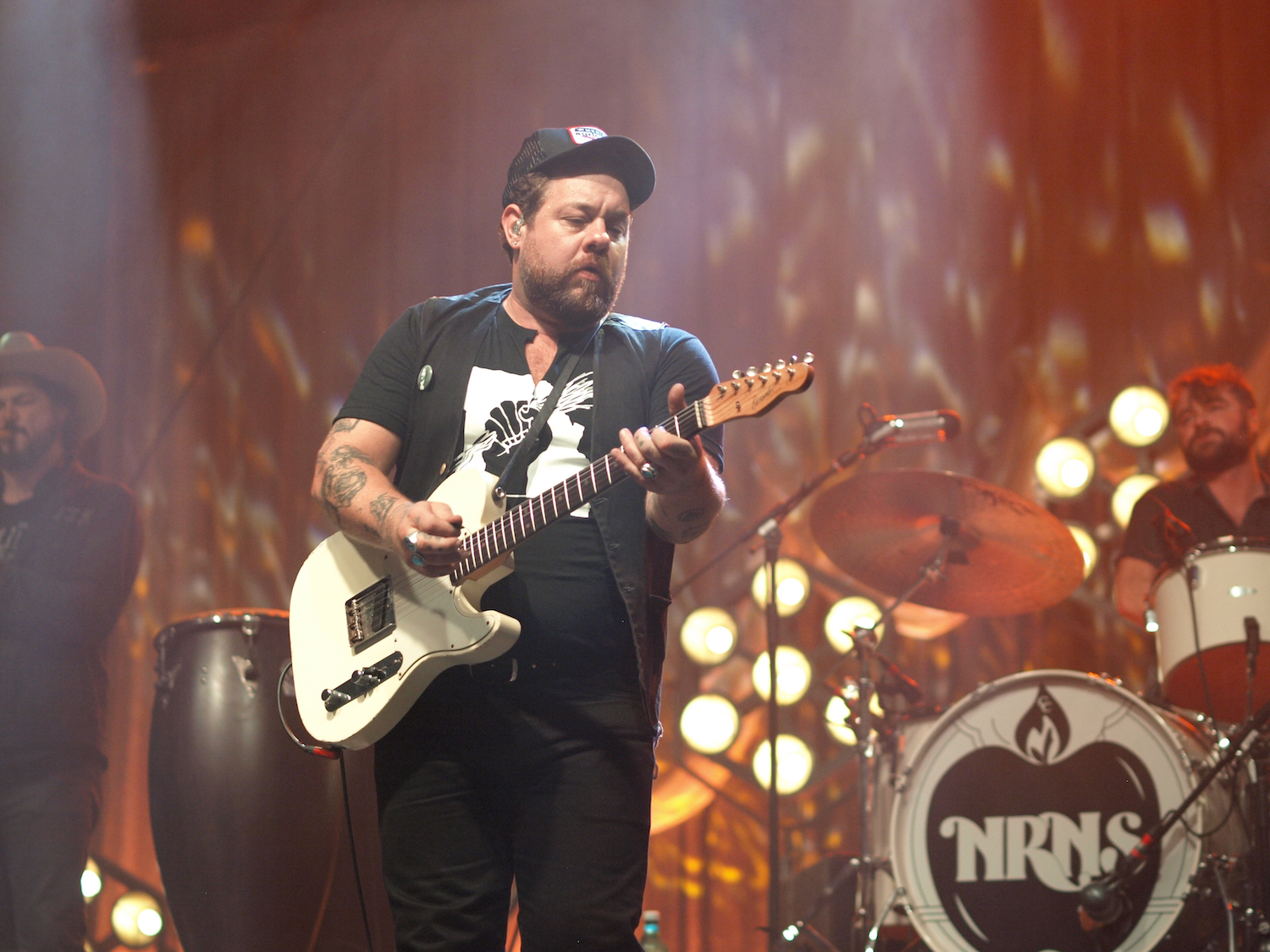 The end all is how loving, polite and kind every single person is at RnBnBBQ. Whether working, playing or a little of both, everyone is full of good-ole Midwestern wholesomeness. Not the forced pastiche type but the real kind that comes from heart and soul to mouth and action. And from what I’m told, there were folks from 48 states in attendance so be that a testament to the spirit of Columbia, Mo. Kudos to head of Thumper Entertainment and festival organizer Richard King yet again. The only way this energy starts is at the top.