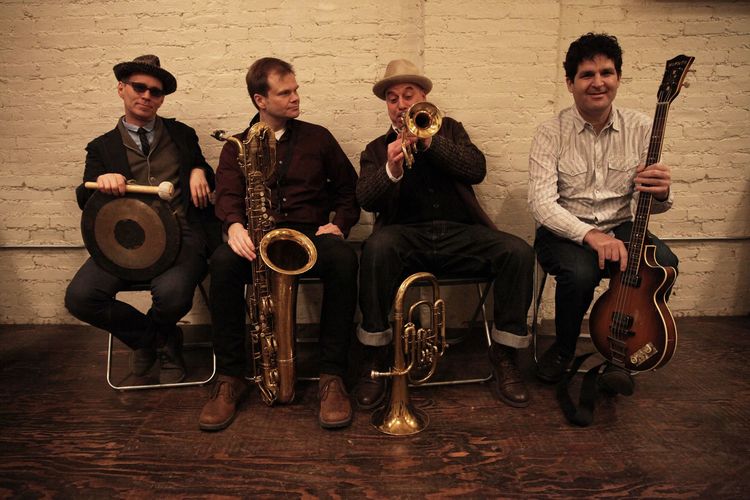 With the recent passing of guitarist Ed King leaving a scant number of living members from the original Lynyrd Skynyrd gang, it’s hard not to reconsider the impressive evolution of the band’s famous anthem, “Freebird,” and its ultimate absorption into the greater lexicon of American culture.

Back in 2002, I commissioned my good friend Steven Bernstein to create an instrumental version of “Freebird” for an audio piece I was putting together for the All Things Considered program on National Public Radio. That story, which can be heard here, recounted a fictional, semi-poignant tale about the first dude to ironically shout out for the song “Freebird” at a totally unrelated musical event.

So, it was my good fortune that Bernstein enlisted his working group, Sex Mob, to create an extraordinary version of “Freebird,” which my NPR editor, the esteemed Bob Boilen, wove seamlessly into the fabric of my story, and brought it to life on the radio.

Anyhow, this instrumental version of “Freebird” deserves to take flight on its own. Besides the cultural significance of the song, the performance exists within a long-hallowed tradition of jazz artists interpreting pop standards, making it no different than Miles Davis covering “My Funny Valentine” or John Coltrane tackling “My Favorite Things.” Not only that, the Sex Mob version of “Freebird” is a textbook example of how avant-garde jazz can work. The performance may not be totally free jazz, but it sure comes close and is well worth checking out:

The group begins with a gentle incantation—a meditative coalescing of Bernstein’s slide trumpet, Briggan Krauss’ alto sax, Tony Scherr’s bass and Kenny Wolleson’s drums. A sly suggestion of the opening theme slowly emerges, there are some fluttering birdcalls, Scherr pushes things up a bit, and Bernstein finally restates the introductory theme. Then, at about 2:50, Krauss steps forward with his moving invocation of Ronnie Van Zandt’s most famous vocal line. Krauss and Bernstein joust playfully around the melody, both ragged but right and raising the intensity until they cut loose completely in homage to Skynyrd’s iconic three-guitar rave-up. They even include a peak-moment rhythmic stop/start/stop/start—taken (abstractly) from the original version. After the cumulative freak-out, the tune’s initial theme is revived and then gradually withdrawn, winding its way back into our collective unconscious—a one-time-only spontaneous expression of a great American standard, all preserved digitally for your consideration.

Sex Mob? They’re free as a bird now. How ‘bout you?