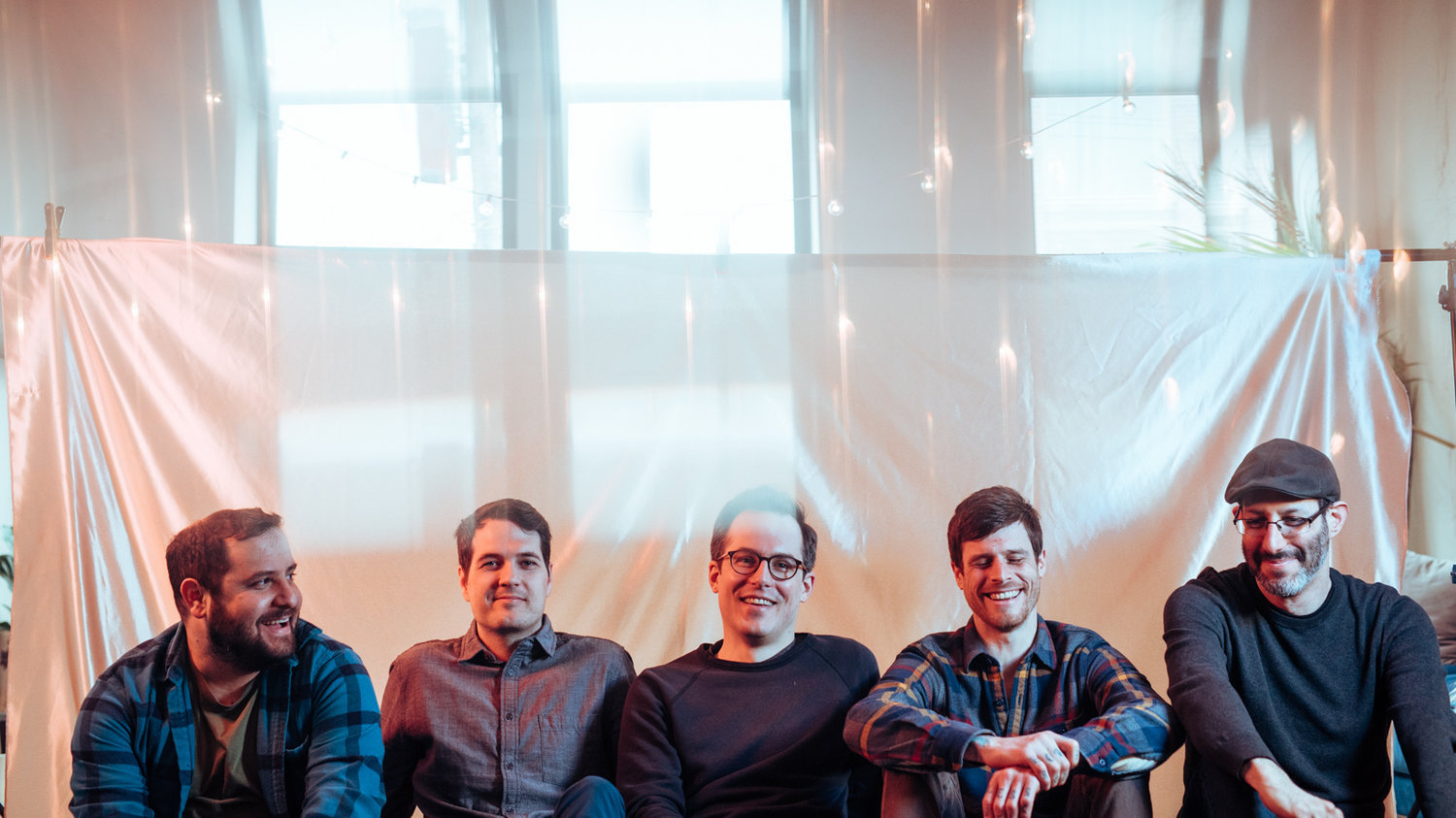 Philadelphia’s Restorations skipped 4996 LPs to get from 2014’s LP3 to LP5000. Listening to the new record, it’s easy to figure out why. On LP5000, Restorations are consistently preoccupied with the future. During the course of the LP’s taut seven songs and 25 minutes, new buildings replace old neighborhood centerpieces, strangers invade historic streets, new administrations dissolve false senses of safety. Everything changes so fast in the world of LP5000, and some of the characters on these wearied, rocking-in-spite-ot-it-all streets can only react with a shrug and an, “Oh, but who has the time?”

LP5000 is recognizably Philadelphian, but not overtly. This is a record about an American city in the wake of the cultural and political upheaval that was the 2016 election. The earlier-quoted line comes from the subject of “Nonbeliever,” but the speaker is not framed as a cynic. The speaker is a regular person—with a family, with responsibilities, and who can’t imagine that there’s anything they can do to make anything any better. The song’s mellow keys and cyclical, hypnotic guitar lines give the impression of malaise, of hope lost. It’s not so much a scold as it is a reflection of familiar disaffection.

What LP5000 does to undermine this political disaffection is show a world still moving at a breathtaking clip, whether you’re watching, whether you care. It’s telling the song that immediately follows “Nonbeliever” is steady rocker “Remains,” which recounts the night of the election in tandem with gentrification in constant progression: “As the results came in/I felt the ground pull me closer down” and, later, “Now you can’t afford to live in the town you were born in.” The song begins and ends with the line, “If I remember that right, we were standing in the rain.” All of this change happens around people who remain basically the same, doing the same shit or not.

As such, Restorations do not give a rallying cry with LP5000; it’s more like an honest, direct delivery of the situation at hand. There’s nothing overtly furious on this album—instead, its best compositions brood and meditate, try to organize a reaction. “Melt” twinkles and meanders through lines that could easily be screamed (“I know you’ve been scared since November … I don’t wanna hear that name again.” On simmering, glitchy “Eye,” frontman Jon Loudon juxtaposes reactions to our political moment (“Glance at your phone and you mumble ‘I hope he dies’/ I hope he dies, too”) with a simple narrative in which the speaker drops off a loved one at the airport. Starting off as gorgeous, glittering the National worship, the song explodes into a wailing, apocalyptic noise as Loudon, keeping his composure, sings:

It’s perhaps the finest moment in Restorations’ catalogue, and a summation of LP5000’s main point: The future, like it or not, is happening. Be there for the ones you love and react to it for them and for everyone. Don’t let the future happen without your say.