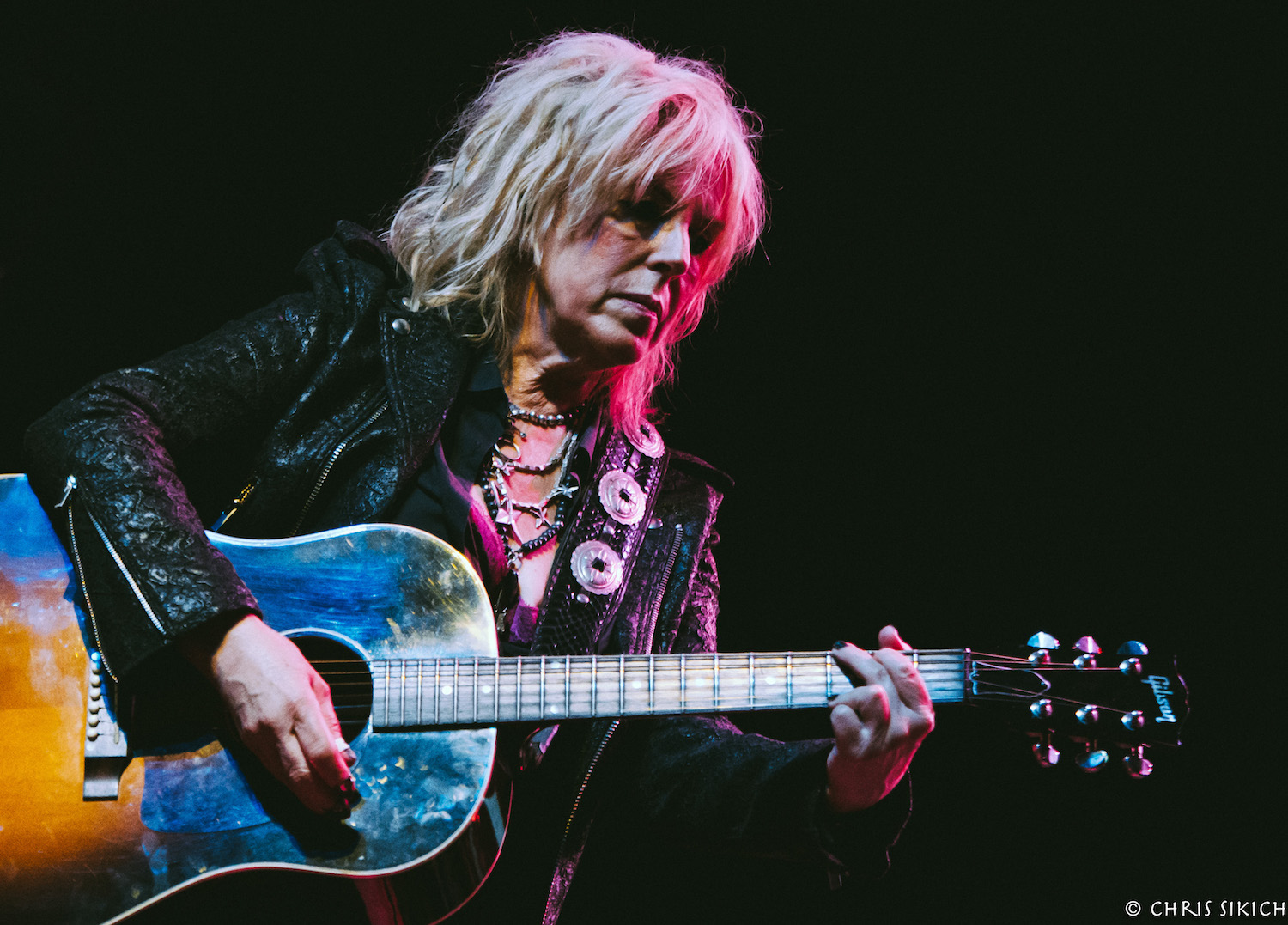 Lucinda Williams kicked off her tour for the 20th anniversary of Grammy-winning masterpiece Car Wheels On A Gravel Road down South. South Jersey, that is. MAGNET’s M.J. Fine (words) and Chris Sikich (photos) were thrilled to go along for the ride.

There are artists who are so identified with their hometown scene they can never escape it, and others who seem to sprout from nowhere in particular. And then there’s Lucinda Williams. She couldn’t shake the South from her mouth if she wanted to—and, with such a distinctive voice, why ever would she want to?—but rather than try to embody a singular city or encompass a whole region of the country, Williams’ discography is like a pushpin-dotted map of flesh-and-bone places she’s inhabited. If you didn’t know from her bio that she and her family bounced around from town to town—Lake Charles, Baton Rouge, New Orleans, Jackson, Fayetteville—her songs would tell you as much. 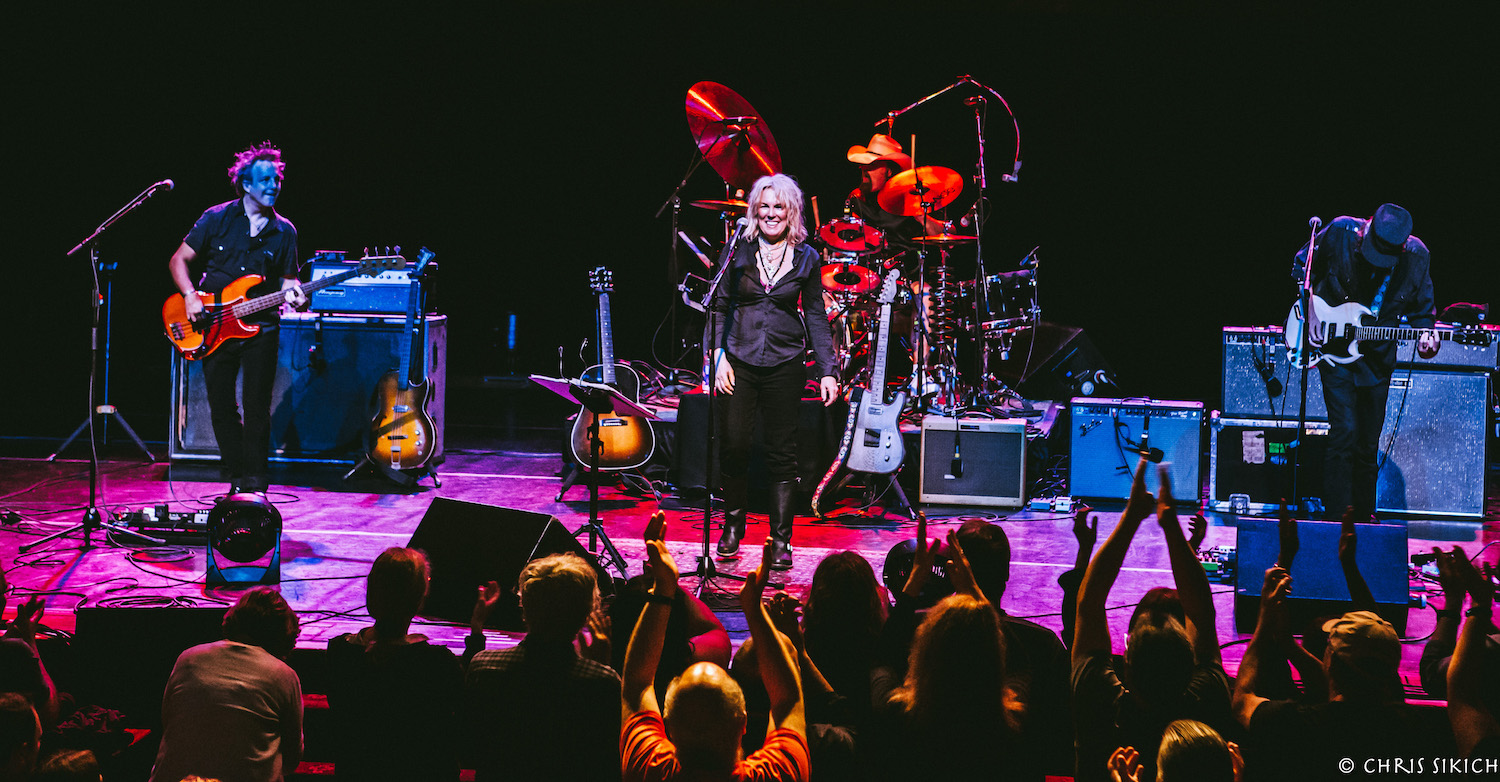 Perhaps that’s most evident on her nearly flawless 1998 album Car Wheels On A Gravel Road, which Williams and her band Buick 6 played in full at the Scottish Rite Auditorium in Collingswood, N.J. Early in the record, she sets off from Macon, as the girl she used to be, sitting in the back seat of a car headed toward Jackson for reasons she’s too young to understand (the title track). Before long, she touches down in a juke joint in Rosedale (“2 Kool 2 Be 4-Gotten”), pines for a lover in a prison in Opelousas (“Concrete And Barbed Wire”), sets an ex’s soul free in Lake Charles (“Lake Charles”), kicks a no-good man off the tour bus in the middle of nowhere and sends him back to Greenville (“Greenville”), looks for joy in West Memphis and Slidell (“Joy”) and finally finds some solace as she travels from Lafayette back to Jackson (“Jackson”).

She doesn’t name every town from Texas to South Carolina, but the grit in her voice suggests she’s seen (and rocked) them all. Which makes it all the more intriguing that Williams kicked off an 11-date tour to celebrate the 20th anniversary of her most celebrated album in South Jersey—which also happened to be the furthest south this excursion went. Williams never said what made her pick the ornate Scottish Rite Auditorium for the honor of an opening night that felt intimate, grand and perfectly scaled, all at once, but it seems unlikely that someone so mindful and precise about geography would leave this to chance. Perhaps it was just a coincidence, but the venue is just a few miles up the road and across the river from Philadelphia, where she played right after CCar Wheels On A Gravel Road’s release, in a definitive performance that was released years later as part of the album’s deluxe edition. 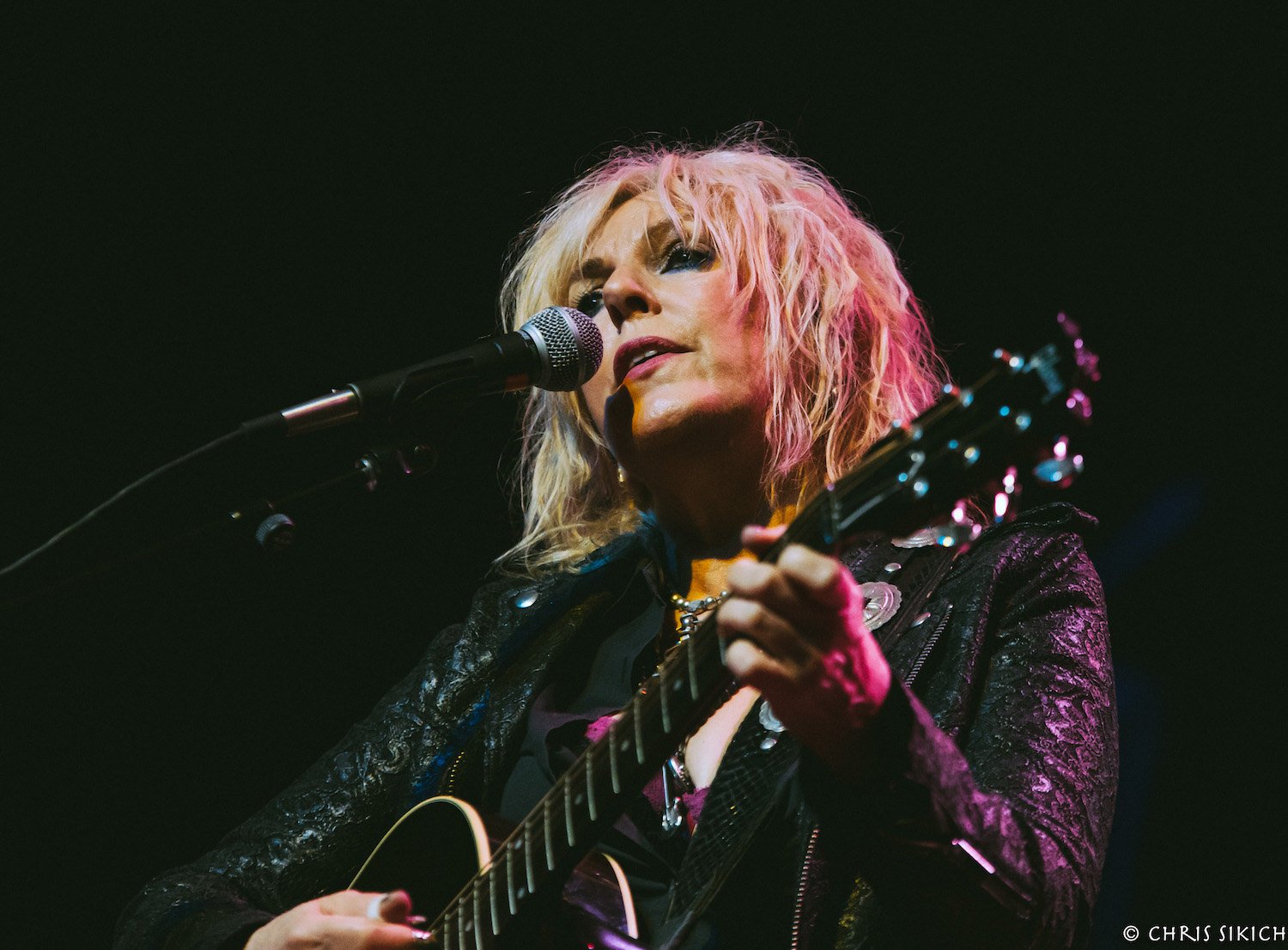 Whatever the reason, Williams felt comfortable enough with the crowd to share details about almost every track and the real-life characters who inspired them.

Of the title track, whose vowels sounded more liquid than molasses, she noted that she hadn’t realized it was autobiographical until her father, poet/professor Miller Williams, pointed it out after hearing it for the first time at the Bluebird Café in Nashville. Here in Collingswood, she nearly swooned to see, for the first time, the video that played behind her—long-lost footage from one of her family’s many moves and images of herself as a baby in the arms of her dad, who died on New Year’s Day 2015. (“I have to keep it together,” she told the crowd.)

She recalled singer/songwriter Blaze Foley, the inspiration behind “Drunken Angel” (still a fixture of her sets all these years later) who was killed in 1989 and the subject of a biopic earlier this year, which she urged the audience to see. “He had a tendency to sabotage things,” she observed, in one of the understatements of the night. “Lake Charles” brought more reminiscing about Miller Williams as well as Clyde Woodward, whose life and death inspired it.

Williams also divulged some personal details about that no-good man who inspired “Metal Firecracker” and “Joy” (one of the night’s undisputed high points) among other songs on her notoriously tortured record. She didn’t name names, but admitted it was a road romance with someone who wasn’t a permanent member of her band—and turned out to have sweet talked some other women. 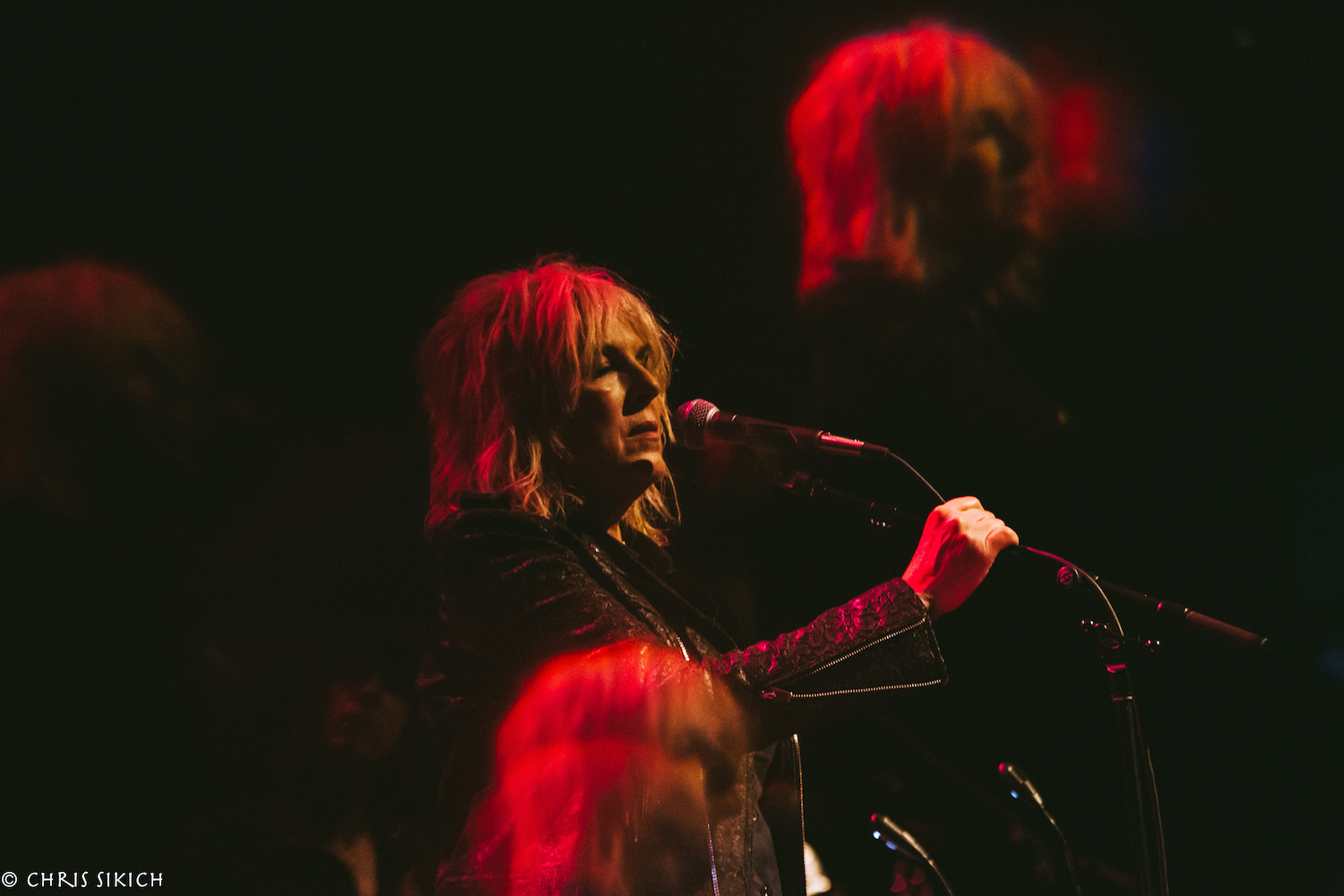 The outspoken singer invoked a completely different kind of scoundrel in an aside to “Concrete And Barbed Wire.” “They tore the Berlin Wall down and we’re trying to put one up,” she said in the first of the night’s political references. “We don’t need more walls.”

While preparing for the tour, Williams had considered mixing up the order of the songs, but she acknowledged that fans insisted she play the record in the right order. After giving the crowd exactly what they wanted, she played a set of songs of more recent vintage—and while the Car Wheels material was undeniably strong, the second half sounded superior, with selections that covered a broad range of feelings and inflections that were better suited to Williams’ older, wiser voice. 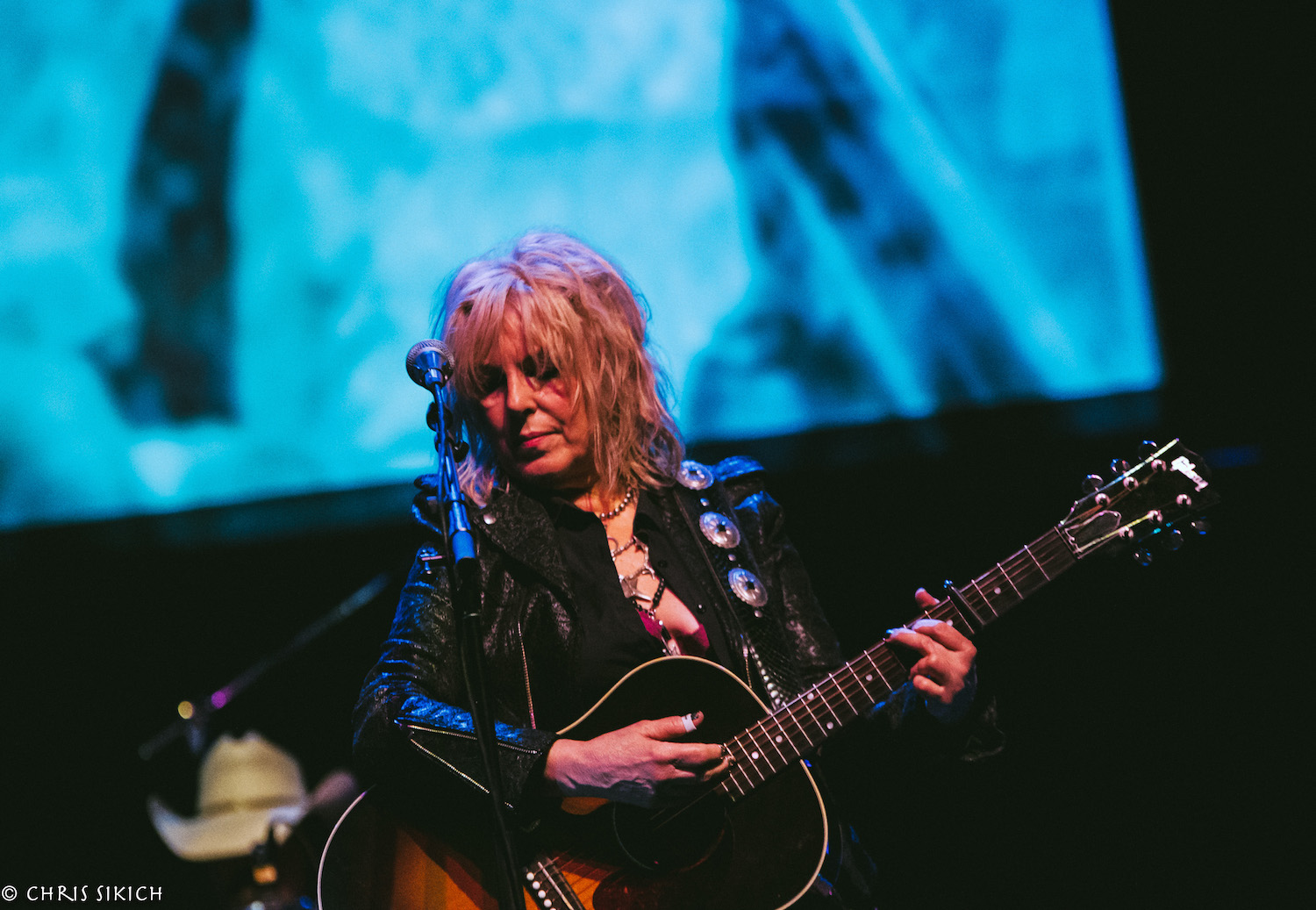 Beginning with a haunting solo performance of “Ghosts Of Highway 20” (inspired by the interstate that runs from Texas to South Carolina), Williams masterfully connected the main points that come up time and again throughout her work. The 2016 song puts her in the front seat, she pointed out, but she’s just the same girl she was in “Car Wheels On A Gravel Road” all grown up.

Other standouts included “Essence” and “Honey Bee,” back-to-back takes on the same raw sexual desire with radically different ratios of desperation and playfulness, and a spirited take on “Foolishness” that brought the audience to its feet with forceful rejections of racism, sexism and everything else that diminishes us, turning the theater into a revival tent with a righteous communal joy that could not be topped. 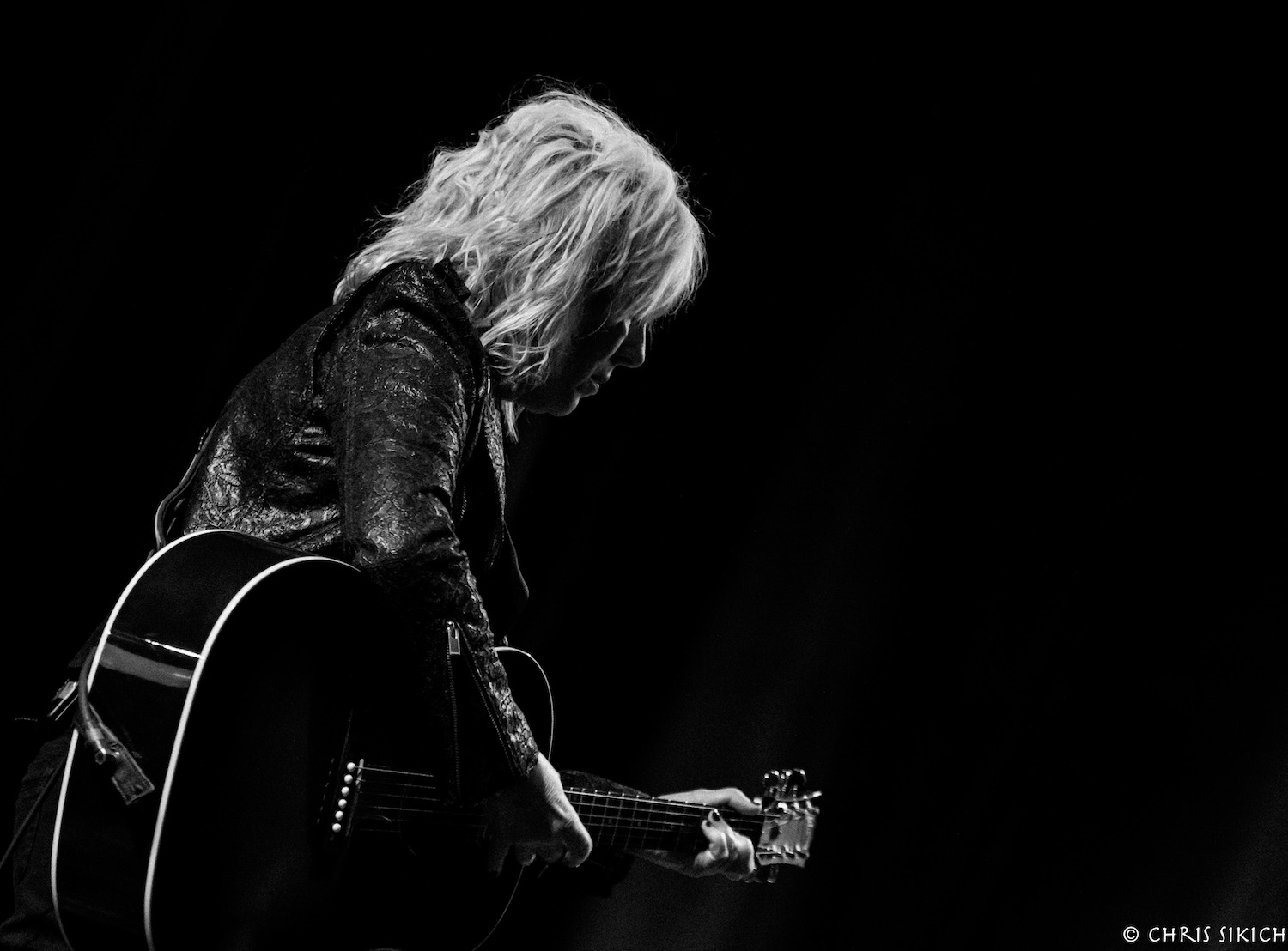 For the encore, “Rainy Night In Georgia” served as a nice tribute to Tony Joe White, who died in late October, and then Williams wrapped things up with a stirring pairing of “Faith & Grace” and “Get Right with God.” If the South rises again—in South Jersey or anywhere else—let us pray that someone as thoughtful, forthcoming and well-traveled as Williams is at the wheel. 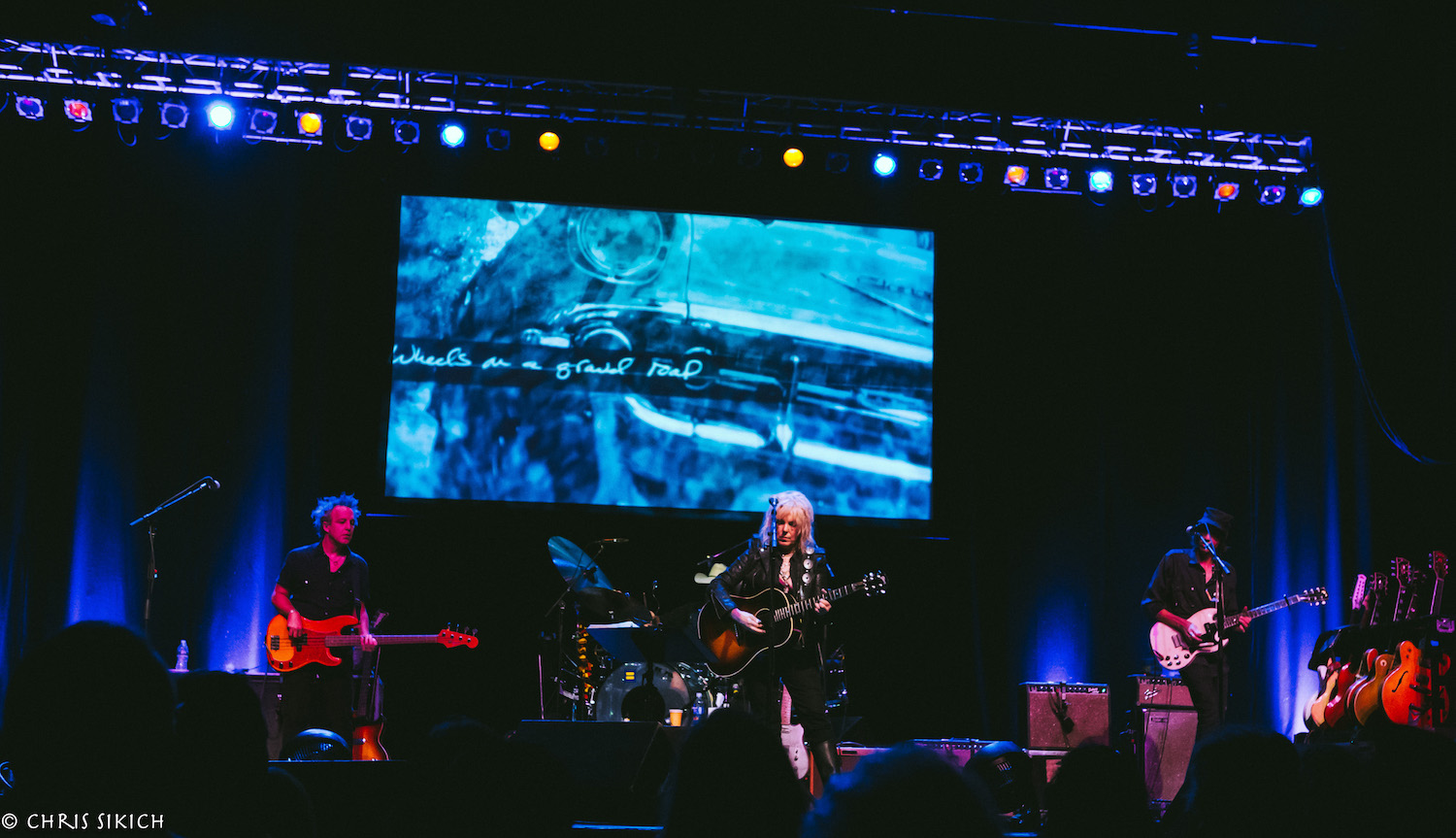