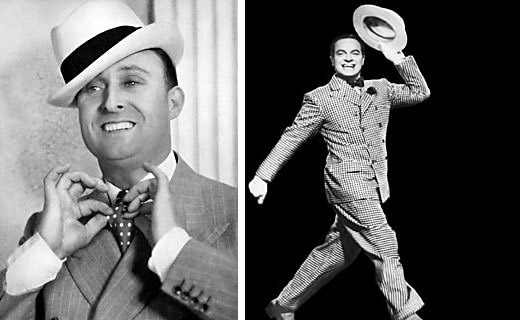 Davies: As “The Village Green Preservation Society” is supposed to be about things I want to preserve, I thought I would try that song. My father used to talk about variety shows in north London when I was a kid. They died out a long time ago. It was left over from old Victorian London. People used to come on and do what they called a “turn”: sing a song or tell jokes and juggle. Pre TV. I went once with my dad and can just remember seeing a comedian called Max Miller (pictured left). The cockney king of stand up. A big influence. Vaudeville is not purely English. They were popular in the U.S., where Bob Hope (pictured right) and Laurel and Hardy started. All before my time, I might add.