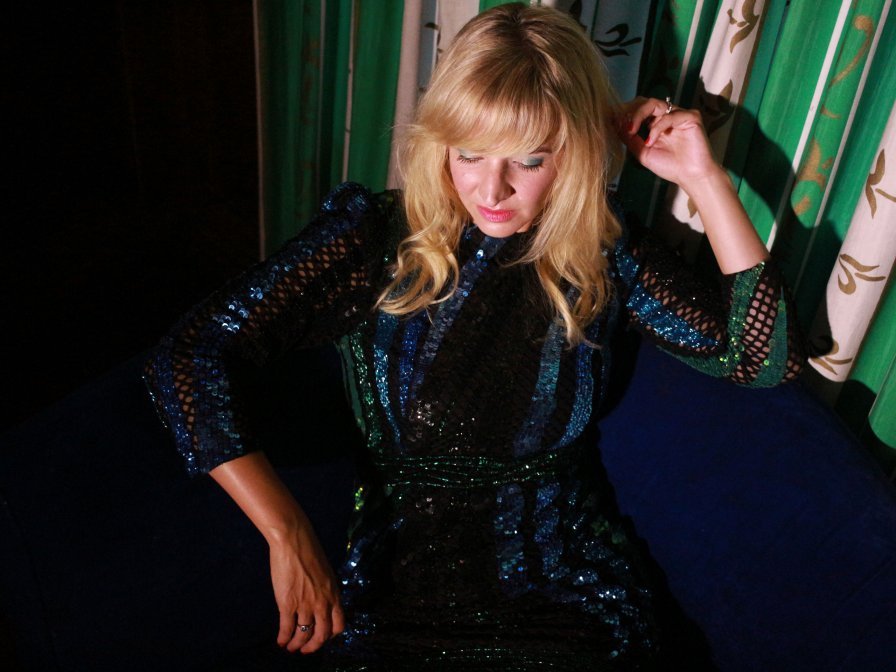 Heather Leigh has been playing music on her own and with Charalambides, Tarpis Tula and Peter Brötzmann (among others) for more than two decades, but she didn’t release an album of songs with words until 2015. Both the presentation and the emotional content of that debut, I Abused Animal, is a solo voice and pedal-steel guitar so stark it sounds flayed to the bone. Throne is much more filled out, with synthesizers and beats layered onto her primary instruments.

But even though Throne’s flesh-and-blood sonics contrast dramatically with its skeletal predecessor, the two records are united in their unflinching exploration of the unstable territory where attraction and exploitation collide. One song’s protagonist exalts an object of desire; on the next, the narrator ambivalently recalls too-friendly attention paid by someone’s dad in the garage. Whatever the scenario, Leigh’s bold and voluptuous phrasing draws you into the emotional intensity of the situation without telling you what conclusions to draw.