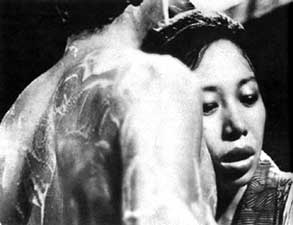 Newman: Oddly enough, the thing that got me obsessed with Barcelona was a documentary on Antoni Gaudí that showed at the cinematheque in Vancouver. I just realized it was directed by Hiroshi Teshigahara. It came out on the Criterion Collection a few months ago. His famous movie is called Woman In The Dunes, from the mid-’60s. It got nominated for an Oscar for Best Foreign Language Film (in 1964) and Teshigahara was later was nominated for Best Director (in 1965). Most of his movies were written by Kobo Abe, who I’m also a big fan of.