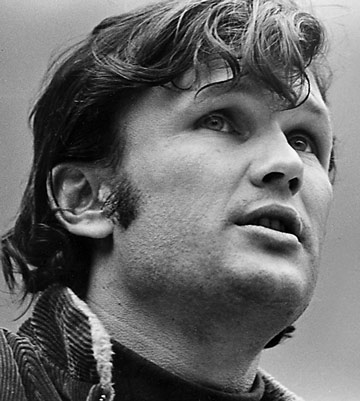 :: SUNDAY: Kris Kristofferson’s “Sunday Morning Coming Down” (1970)
With all due respect to Morrissey’s “Every Day Is Like Sunday” (perhaps the oddest and most ill-considered song ever appropriated by NFL properties for the sole purpose of extolling the virtues of 300-pound men grinding each other into horseflesh on the gridiron each fall), it’s this song—a country-chart number-one for Johnny Cash penned by former Phi Beta Kappa/Rhodes scholar/U.S. Army captain Kris Kristofferson—that best captures the spirit of the day god supposedly rested. “Well I woke up Sunday morning, with no way to hold my head that didn’t hurt/And the beer I had for breakfast wasn’t bad, so I had one more for dessert.”  Who among us hasn’t lived this moment? Perfect in every conceivable way.

This is a really good song, haven’t listed to it in years though. Used to be one of my favourites.