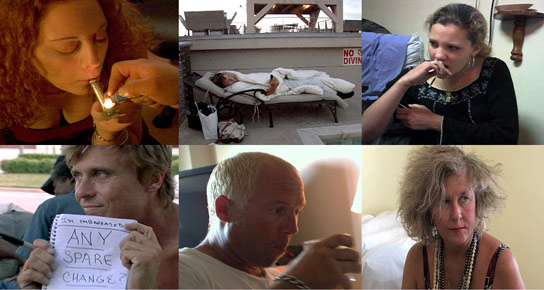 Lytle: Intervention is a documentary series about real people on the verge of the destruction of themselves and their families. They’re told it’s a documentary made about them, but it’s all a build-up to this intervention that’s coming at the climax of the show. They walk into the room and everybody’s there. I started watching it when I was having problems, and it made me feel better about myself. Sometimes you think the people are gonna pull out of it, and you’re rooting for them. Then you find out that, with one week to go in rehab, they relapsed, they lost their whole family, and they wound up back on the street. It can be inspiring if they make it, but a real eye-opener if they don’t.

[…] Jason Lytle talks about A&E’s show Intervention over at […]

i just wanted to comment on the intervention with janet the alcoholic with the four children. i wanted to talk to her son thomas, and talk to him about what h was saying about giving up on God. God works in such mysterious ways that sometimes you just dont know if he is doing anything.. but he always is. and i just wanted to tell him that he shouldnt lose faith. trust me, i know things can totally seem hopeless..but God will always help you in the way that is best for you. Thomas said that he gave up on praying…you shouldnt do that. God always answers your prayer.. I know that it may seem like it is taking forever..but you just have to have faith and keep praying and God will answer them in the best ways that they can possibly help you 🙂