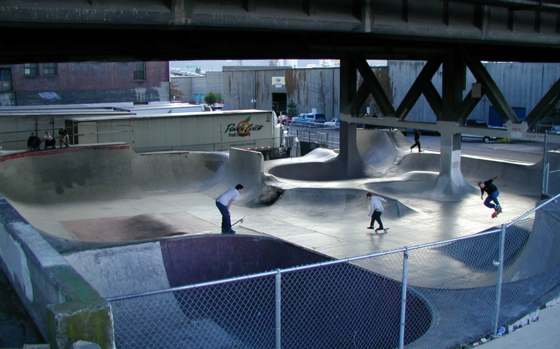 Lytle: Skateboard parks are now everywhere, which is wonderful. That wasn’t always the case when I was growing up. A good day at the skate park includes gliding over transitions, popping over hips and doing long, smooth grinds. It’s like a grand journey, a perfect piece of music or an epic Italian meal. Skateboarding has remained a constant for since I was eight years old. It runs through my blood and is responsible for making me the person I am. It’s nice that I still have the ability to flow around, clear my mind and tap into something very familiar. I called my girlfriend last year from a skateboard park in Southern California and told her, “There’s about 15 guys here and guess who the youngest one is? Me!”