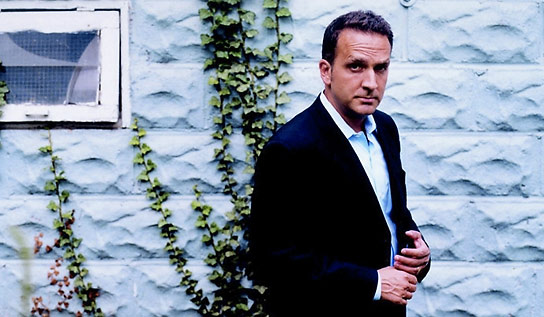 MAGNET has long been an admirer of

George Pelecanos, a D.C.-based author who’s penned 15 crime-fiction novels and written for HBO series The Wire. As we prepare to dive into a weeklong series of posts examining Pelecanos’ literary work (starting later today), we asked the man to clue us in to his latest musical interests.

ANNETTE SNELL “Footprints On My Mind” (1973)
I’m hooked into a network of Deep Soul enthusiasts, and occasionally CDs show up on my doorstep containing gems like this. Annette Snell is largely forgotten today, due to a brief career cut short by a fatal plane crash, but the few singles she left behind are amazing and well worth seeking out. On this one, cut for Dial, she lets loose with gospel intensity, going to another place in the manner of an Aretha possessed.

CURTIS MAYFIELD “Billy Jack” from There’s No Place Like America Today (1975)
This sinewy track features an atypically spare arrangement with clever bursts of dirty horns, nice instrumental touches (the stickman’s rat-a-tat-tat after the line about the “shot across the room”), and of course, Mr. Mayfield’s signature guitar and beautiful, smooth falsetto. Title notwithstanding, this has nothing to do with the film of the same name, but, as in “Sweet Exorcist,” Curtis was looking to hook into the culture any way he could. “Up in city they called him Boss Jack/But down home he was an alley cat/Didn’t care nothing about bein’ black.”

THE HOLD STEADY “Lord, I’m Discouraged” from Stay Positive (2008)
A power ballad, complete with a blistering guitar solo and a piano figure so pretty you might miss the part about the guy who’s praying for his abused, junkie girlfriend. Whatever your opinion of the band—and I know y’all are divided—it’s hard to deny the power of this song. If you think it doesn’t rock hard enough, try “Slapped Actress” from the same record.

JOHNNY ADAMS “(Sometimes) A Man Will Shed A Few Tears Too” (1966)
I’m currently working on a project set in New Orleans and listening to a lot of the local music. Adams was an emotional Louisiana soul artist whose major-label work presented his somewhat subdued, neutered side. The Tan Canary (as Adams was called) really got raw on small house, limited-distribution singles like this one, his greatest vocal performance, recorded for Pacemaker in 1966.

SLACKTONE “Avalon Slip” from Into The Blue Sparkle (2001)
A friend sent me a surf music compilation from the folks at Route 78 West. It includes entries by the Aquasonics, Calexico, Los Straitjackets, the Sentinals, and this dreamy track from Slacktone. Perfect for your next drive on the Pacific Coast Highway, down A1A, or through the inner city at night.

THE PRETENDERS “Love’s A Mystery” from Break Up The Concrete (2008)
Break Up The Concrete has a country vibe and, man, it works. Eric Heywood’s pedal steel and the guitar of James Walbourne (Pernice Brothers) energize the proceedings, both in the studio and live, and Chrissie Hynde’s vocals still mesmerize. In a just radio world, this would have been a hit single.

LOU REED “Men Of Good Fortune” from Berlin: Live At St. Ann’s Warehouse (2008)
See the Julian Schnabel film for the full effect of this performance, featuring the ’70s, arena-style lead guitar of Steve Hunter, a spirited backup chorus and Lou delivering one of his most passionate vocals. Then put the CD in your stereo and play it loud.

MARCO BELTRAMI 3:10 To Yuma: Original Motion Picture Soundtrack (2007)
The remake was a disappointment; the filmmakers went for Saving Private Ryan when what was called for was a subdued style and logical, character-driven story. Beltrami’s dignified, spaghetti-inflected score was the best thing about the film. Rent the original movie, directed by Delmer Daves, with Van Heflin and Glenn Ford, and listen to Beltrami’s theme. Better still, rent the unsung Western Hour Of The Gun, directed by John Sturges, and buy its Jerry Goldsmith soundtrack, one of the finest scores of its kind ever recorded.

ANTHONY HAMILTON “The News” from The Point Of It All (2008)
Sounds like the title theme for the greatest blaxploitation movie never filmed. Anthony Hamilton is a ferocious new-soul talent.

RICHMOND FONTAINE “Incident At Conklin Creek” from The Fitzgerald (2005)
I’ve been talking up songwriter and novelist Willy Vlautin whenever I get the chance. “Conklin Creek” is a simple story with bare-bones power, like the best of Raymond Carver or Richard Lange. Once heard, it cannot be put out of mind.

STELLIOS KAZANTZIDIS “Para T’Ahnaria Mou”
Kazantzidis is one of the better modern Greek balladeers. He feels it. Greek guys like me get all wet-eyed after a couple of drinks when stuff like this comes on the stereo. Damn if I know why. From the excellent collection Rough Guide To The Music Of Greece.

THIN LIZZY “Southbound” from Live And Dangerous (1978)
“Southbound” has all the elements that made the kids follow: lyrical writing in the Irish tradition, Phil Lynott’s cocksure persona unbound, and that three-guitar attack. Today, in Dublin, people still leave flowers at the base of Lynott’s statue, a memorial to his impact and too-early death. R.I.P. Phil Lynott.

ENNIO MORRICONE “Il Retorno Di Ringo” (1965)
Hyper-romantic lyrics (“Those who tried to destroy our world/Shall leave forever our beloved land/Because we are fearless men”), a sweeping arrangement, powerful strings and dramatic vocals by Maurizio Graf in this theme from The Return Of Ringo, one of many Italian Westerns scored by Morricone that are worth watching solely for the music. From the indispensable collection A Fistful Of Film Music. Granted, this is not for everyone, but if you like this sort of thing, seek out the gold standard, the main title from Django, Sergio Corbucci’s insane take on Kurosawa’s Yojimbo, music by Luis Bacalov, vocals by Robert Fia.

In 2001, Pelecanos interviewed ex-Dream Syndicate frontman Steve Wynn for us; read it here. They got along so well that four years later, they wrote a song together (“Cindy It Was Always You,” from Wynn’s …tick…tick…tick) and also performed once in a live setting, with Wynn providing instrumental backing to Pelecanos reading from 2006 novel The Night Gardener. (Download “The Night Gardener”)

Thanks for a great playlist from a great author.
Btw, there’s a typo in the last song: It’s Il Ritorno Di Ringo, not Retorno.