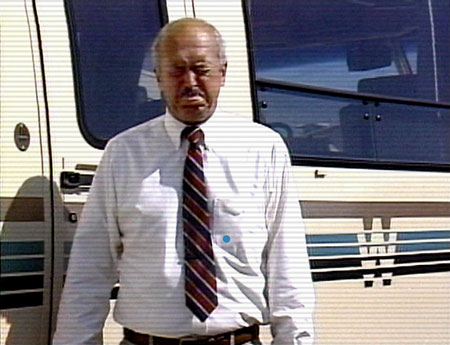 MAGNET’s Mitch Myers files his second round of notes from the SXSW Film Conference And Festival:

After being mocked by some of the MAGNET editors for seeing I Love You, Man on SXSW’s opening night, on day two I got down to the business of watching obscure documentaries like a hip indie journalist should.

Sweethearts Of The Prison Rodeo focuses on one of the last prison rodeos in the United States. Once a year, the Oklahoma State Prison allows a select group of inmates to compete against contenders from other institutions, including women. The chance for injury is high, and there’s a gladiator feel as inmates ride bulls and bucking broncos, placing themselves in dangerous situations just to get out of their prison routine for a couple of days. Filmmaker Bradley Beesley (also responsible for Flaming Lips documentary The Fearless Freaks) follows the inmates through their efforts, and it’s a surprisingly sentimental meditation on hope and the human spirit. And like the man in the movie says, “In the rodeo, you hope that nobody gets hurt. But if they do, you sure don’t want to miss it.”

Documentary All Tomorrow’s Parties reveals the music festival in all its shambling glory. Taken from found or contributed footage from umpteen filmmakers, this movie is stitched together and reflects the controlled chaos of ATP years past with performances by Nick Cave, the Stooges, Belle And Sebastian, Mogwai, Sonic Youth, Portishead, Daniel Johnston, Patti Smith and many others. The music-loving youth culture is showcased as much as the music itself, and while the narrative thread is choppy and indistinct, you get a good idea what goes on at these events.

The highlight of the night was Winnebago Man (pictured), which takes an inside look at Jack Rebney, a distinctive character who made an obscure promotional film for Winnebago back in 1989 with so many angry, foul-mouthed outtakes that he (unknowingly) became a VHS-viewing oddity and, later, a YouTube sensation. Tracking down this combustible personality and peeling back the layers of his rage was not easy for filmmaker Ben Steinbauer, but the results are fascinating. The rise of Rebney’s video notoriety is a story unto itself, and the unexpected coda that arrived two decades after the fact is a happy ending in the most classic sense. Check him out on YouTube and you’ll be hooked. Like many other people, I love this guy, man.