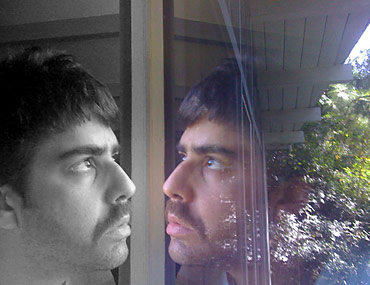 I can’t stand it when these “actors” make albums. They are always crap. This is no different. The singing is awful.
All these wankers do is waste good press space “like Magnet” from the artist that really need it. Stick to acting dude.

Hi Bob. So if he sticks to acting then does he get to have the quotes around “actors” removed?

this is actually great, some of the actors that have made records arent so great, but then again many of the “musicians” that make records are not so great either. wtf, take it for what it is, doesnt matter to me what he did before or after making this song. good music is good music. Thanks Magnet

Hi Kristin,
I respectably disagree. The singing is garbage to me. That’s my crappy opinion. I am a cocteau twins fan so singing is everything to me. My beef: He’s already a movie star. Does he really need to be a rock star? He will never get real respect as a musician. He’ll just sell his songs to HBO’s Entourage or some new movie he is in or directing. You can’t be both. There was only one Bo Jackson.

Hey Bob, Don’t feel bad just because you haven’t accomplished even one of the things this guy has. You can do as many things as you want in life. This is a cool song. I want to hear the whole album now!