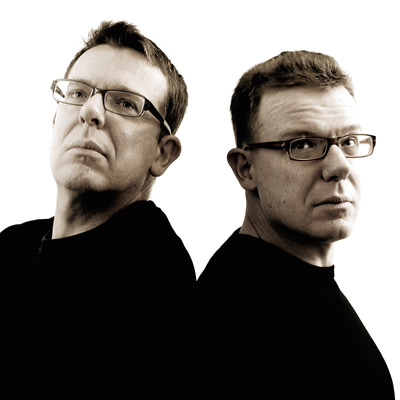 It’s 79 and sunny, the smell of barbecue and stale beer is in the air, and the sounds of a thousand skinny-trousered, ironic-facial-hair-wearing indie-rock hopefuls float by on the pollinated breeze. We must be in Austin, ya’ll! In many respects, it makes perfect sense that one of the music industry’s last remaining “major events” coincides with the beginning of the NCAA basketball tournament: Both require major preparation and “making a list, checking it twice” detail orientation in order to have a hope of getting anything of real value from the experience. Both involve prescient identification of this year’s Cinderella stories (the Phenomenal Handclap Band, anyone?), overrated sacred cows marching merrily to the slaughter and shoulda/coulda/wouldas hoping to use their One Shining Moment (or to be more precise for many of the bands, up to nearly a dozen shining moments crazily connected by a crappy Ford Econoline van during the festival’s head-spinning four-day run) to move from “also-ran” to “Pitchfork-ready” status. Both attract a host of school-color-wearing frat-packers who see the event as more of a party than anything else, with scenes involving myriad Stupid Human Tricks such as racing down Sixth Street with one’s girlfriend (or recently met friend with benefits) hoisted atop one’s shoulders proving not at all uncommon, day or night.

Tuesday marks the date in which the SXSW Interactive Festival makes its final stand (tonight I attended a “Last Call” entrepreneur’s event at Fogo de Chão, which involved a number of digitally enhanced-shirt-wearing business strivers getting their geek on) and represents something of a “tweener” date, musically-speaking. It also happens to be St. Patrick’s Day, which ensures that every Irish-garbed drunk within the 512 area code can be seen bobbing and weaving around downtown Austin in an effort to get their party started right. So, groups like the Proclaimers (pictured) play their hearts out for the holiday-making faithful while the Decemberists spend the evening at Pangaea readying themselves for a front-to-back performance of their latest album, The Hazards Of Love, tomorrow night at Stubbs (more on this in tomorrow’s report), with jam-rockers Gomez also in attendance. It’s not exactly a quiet evening, but the riot doesn’t truly begin in earnest until tomorrow—which means that venues are prepped, badges are procured, plans are hatched, handheld devices are charged and final rehearsal sessions are scheduled in anticipation of the week of cheery, music-besotted boozing to come.

2 replies on “SXSW Report: I Predict A Riot”

Correction on my last post – opps – I listed the wrong date Peter Adams at the chuggin monkey at 7pm on SATURDAY and Jeremy Messersmith is 5pm at NUNO’S are both performing Saturday not thursday.