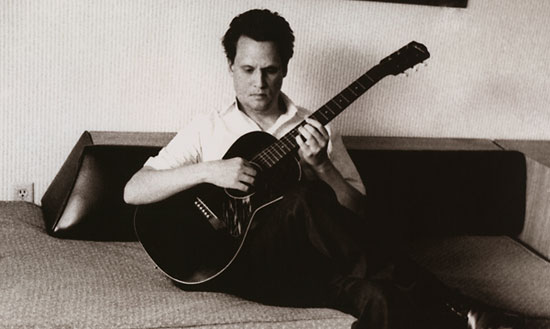 Right about now, maybe you’re saying to yourself, “I would really love to have two new Trent Reznor-produced Jane’s Addiction songs, but I’m not willing to part with any cash to get them.” MAGNET is here to help. Download “Chip Away,” and download “Whores.” And tonight you’re going to party like it’s 1989 … Grammy also-rans Death Cab For Cutie’s new EP, The Open Door (Atlantic), is available online starting March 31 at the band’s website. The five-track effort features four previously unreleased tunes … The not-at-all-ambitious Decemberists began selling their new, understated The Hazards Of Love (Capitol) March 17 exclusively at iTunes. If you want to wait for the all-format release, Tuesday is your lucky day … This one’s a little complicated, so pay attention: Enter The Vaselines (Sub Pop, May 5) is a triple-LP/double-CD reissue of 1992’s The Way Of The Vaselines with a new title and new cover art, plus demos and live stuff. The Way Of The Vaselines originally compiled two EPs (Son Of A Gun and Dying For It) and the lone LP (Dum-Dum) from Scottish band the Vaselines … While you process that, the Breeders are self-releasing a four-song EP, Fate To Fatal, on April 21. It’s limited to 1,000 vinyl copies, so you kids with your newfangled CD players and iPods are SOL … Dinosaur Jr has signed with Jagjaguwar. To celebrate, the band is hitting the road for some dates in April; fans who buy tickets to select shows will receive their choice of a limited-edition, tour-only seven-inch or a digital download of new material. Download “Almost Ready” … Mark Kozelek (pictured) is putting out Lost Verses: Live (Caldo Verde) on May 12. The 14-track set was recorded during 2007 and 2008 acoustic tours with Sun Kil Moon/Red House Painters guitarist Phil Carney. In case you can’t get enough live Kozelek, Find Me Ruben Olivares, Live In Spain is available free with any purchase from the Caldo Verde website beginning April 1. Download “Up To My Neck In You” … Former Sunny Day Real Estate frontman Jeremy Enigk’s new outing, OK Bear, drops May 12 on his Lewis Hollow imprint. The LP is the follow-up to 2007’s The Missing Link … Capitol/EMI is reissuing a couple of ’90s classics: the Beastie Boys’ Check Your Head (1992, March 30) and bald nutty gal Sinead O’Connor’s I Do Not Want What I Haven’t Got (1990, April 21). There are too many configurations to go into here, but rest assured there are plenty of bonus tracks, b-sides and other swag … And to end this edition with something irrelevant, Kid Rock and Lynyrd Skynyrd are once again touring together this summer. (Did anyone know they played gigs last year?) The Rock And Rebels Tour shit-kicks off June 26 in West Palm Beach, Fla. You’ve been warned.