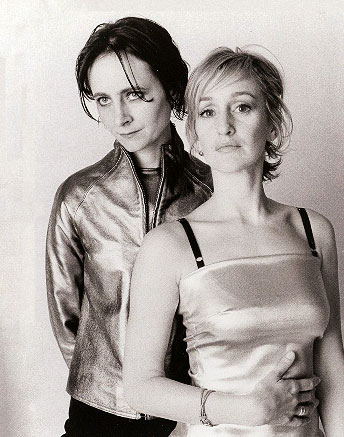 If loving the defiantly ’60s-leaning, yé-yé art pop of Dusty Trails is wrong, then why be right? The one-off duo—Josephine Wiggs (Breeders) and Vivian Trimble (Luscious Jackson)—came on like an ultra-feminine version of Trimble’s previous side project, the Kostars (a similarly breezy, cinematic exercise produced by Wiggs). Dusty Trails wove gentle French and Brazilian pop styles into songs otherwise possessed of an entirely post-modern attitude. If “Est-Ce Que Tu” isn’t responsible for the conception of a thousand indie-nation babies by now, then the kids were either stone deaf or had surely lost all interest in matters of the flesh.

Catching Up: Surprisingly, very little has been heard from Wiggs or Trimble since this release. Wiggs joined the Breeders onstage in London for two 2005 reunion shows and is recording music for film and television. Trimble reportedly reunited with her Luscious Jackson bandmates to record an album of children’s songs.

Oh and what a classic it was!! Lucky thing it was on cd and not vinyl, the grooves would’ve been worn white! I so wish they’d continue with future releases, using the same formula; it was downright hypnotic.