We’ve been fans of New Jersey’s finest since even before their first album came out back in 1994, so let’s just say we’re used to sitting around waiting for them to take their sweet-ass time putting out new music. (Three albums in more than 14 years makes the Wrens about as prolific as Boston, which is kind of like being as tall as Spud Webb.) As reported in a Wrens Watch Special Report, January 9 marked a huge milestone for the guys: guitarists Charles Bissell and Greg Whelan, bassist Kevin Whelan and drummer Jerry MacDonald. They issued “Pulled Fences,” their first new (well, sort of new) song since 2003’s The Meadowlands. Perhaps motivated by finally releasing something, the band convened—not in a real studio, but in Kevin’s basement—18 weeks ago to begin work on its new album. And not only that, the Wrens recorded an actual song (which you can download for free here). When we checked in with Bissell 15 weeks ago, he took exception with our good-natured sarcasm and quickly ended the interview. After ignoring us for a while, Bissell finally gave us a progress report; it seems that while other bands get together and record, the Wrens stay apart and talk to each other on the phone. Or they do nothing at all. Or they update their Facebook pages. Ten weeks ago, Bissell informed us he was “too busy” to respond to our questions, but he did promise us some exclusive Wrens mp3s in the near future. Nine weeks ago, he didn’t even bother responding to our emails, prompting us to call him an unprolific Ryan Adams. That got Bissell’s attention, who eight weeks ago apologized (profanely) and promised us an exclusive Wrens mp3 for the April 6 Wrens Watch. After not delivering, he said he’d come through the next week, but he didn’t. When Bissell ignored us again (Wrens Watch, April 20 and April 27), we speculated the Wrens were actually recording. Or maybe Bissell was just being a jerk. But then he told us three weeks ago he’d have a new Wrens mp3 for us. And guess what? The man finally came through. Download a demo of “Z,” which was written and performed by Kevin, here. We emailed Bissell numerous times to thank him for “Z” and ask him how the new record is progressing, but like we told you last week, he was unresponsive. He did email us the photo below, though, so we have that going for us. Which is nice. 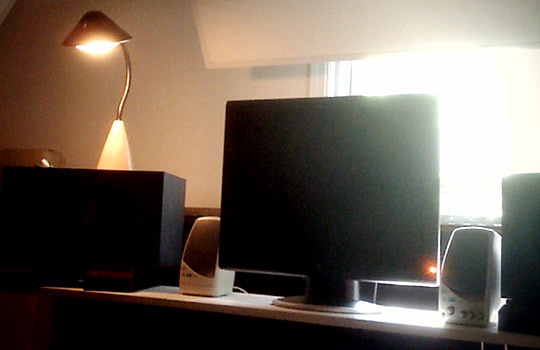