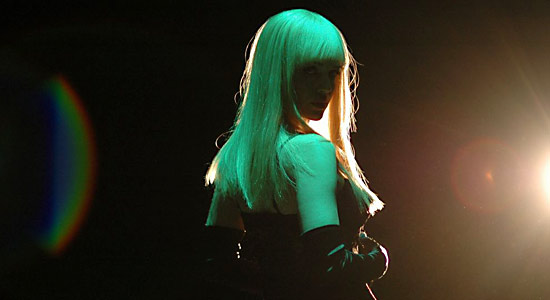 MAGNET’s Mitch Myers files his third round of notes from the SXSW Film Conference And Festival.

The SXSW film festival is finally in full swing with several worthwhile premieres, countless after-parties and a whole lot of barbeque. The narrative film with the biggest buzz thus far seems to be Micmacs by Amelie director Jean-Pierre Jeunet, while the documentary of choice is the strangely titled but wholly inspirational Marwencol by first-time director Jeff Malmberg. Of course, everyone’s looking forward to the movie about Lemmy Kilmister and big biopic The Runaways starring Kristen Stewart and Dakota Fanning, but let’s wait and see on those two.

On the independent side, Will Canon’s narrative Brotherhood is a suspenseful, tension-filled joyride in which a semi-innocent frat-boy hazing ritual builds into a series of unanticipated disasters. The big question starts out simply—if everyone else was taking turns robbing a convenience store using a handgun, would you go along with the crowd? This really grabbed the attention of the Austin audience as the hero’s moral choices become more urgent and the demand for blind solidarity more desperate.

Director Steven Soderbergh volunteered a labor of love in the form of a documentary about his late friend, monologist Spalding Grey. And Everything Is Going Fine stitches together rare and revealing footage of Grey talking about himself (which is all he ever did anyhow) to create one big, tortured life story. Soderbergh first worked with Gray on Gray’s Anatomy in 1996, and he had the full cooperation of Gray’s widow and son in the development of this sad but touching homage. Gray was one of the finest storytellers of his generation, and while this doesn’t have the continuity of a feature like Swimming To Cambodia, it does illustrate the downward spiral that eventually resulted in Gray’s suicide. There are no big surprises and the ending is somewhat weak, but it’s only in retrospect that we see a tortured Gray hurtling toward his fate.

No, it’s not about a vacuum cleaner. Outrageous sex comedy Elektra Luxx is a quirky sequel to outrageous sex comedy Women In Trouble, both conceived by director Sebastian Gutierrez. Starring the lovely Carla Gugino as retired porn star Elektra Luxx, this flick is filled with funny dialogue and gorgeous gals like Emmanuelle Chriquí (from Entourage) and Malin Akerman (from Watchmen). Unfortunately, there were technical difficulties with the (digital) film projector, and the screening broke down smack dab in the middle of the movie, disappointing the 1,500 fans that had come out for the premiere. Gutierrez stalled the crowd with some hyperbolic industry spiel while the SXSW staff struggled to repair the problem, but even the babealicous cast onstage teetering in their high heels could not salvage this lost evening. Still, everyone got a big standing ovation, and then we all got the hell out of there. So, on to the next episode, all hail Elektra Luxx, and stay tuned for part three, as Gutierrez has intended this underground sex farce to be a low-budget trilogy of the highest order.