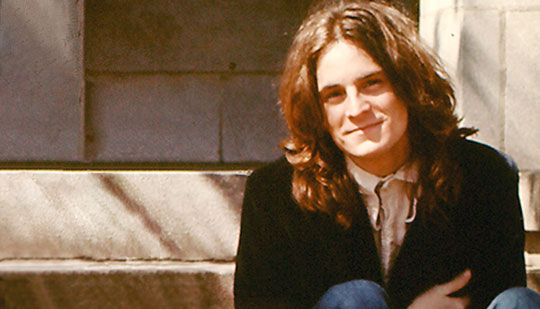 MAGNET’s Mitch Myers files his seventh and final round of notes from the SXSW Festival.

As the music fest peaked out on Saturday night, a number of musicians gathered at Antone’s to pay tribute to the late Alex Chilton and his band, Big Star. The sad and ironic fact is that a Big Star concert was scheduled at SXSW before the passing of Chilton, as was the Big Star panel at the Convention Center earlier that day.

The band’s original and current drummer, Jody Stephens, was there at the panel, as well as original bassist Andy Hummel and current band members Jon Auer and Ken Stringfellow. Even old friend/engineer/studio owner John Fry got on Skype to join in the discussion. As interesting as the panel was, the scheduled concert turning into an impromptu tribute event was even more compelling to witness. Don’t forget that the Big Star band with Chilton, Stephens, Auer and Stringfellow had been playing off and on for the last 17 years, far longer than the original band (with the late Chris Bell) had been together.

So, it seemed like everybody who ever cared about Chilton turned up at the gig and helped the surviving members of Big Star pay proper tribute to their friend. Chilton’s widow sent a heartfelt message to the crowd that was read by publicist Heather West. The cavalcade of stars began with Meat Puppets guitarist Curt Kirkwood, who played “Back Of A Car” and “In The Street.” Naturally, Auer, Stringfellow and Stephens all took their turns singing some of the material, and old Chilton friend Chris Stamey performed Chris Bell’s classic “I Am The Cosmos” and rocked out on “When My Baby’s Beside Me.” Even Hummel, who flew in from the Netherlands, came out onstage to play.

Other musicians who performed included M. Ward, R.E.M.’s Mike Mills, John Doe, Sondre Lerche, Chuck Prophet and Evan Dando. The big (star) finale showcased the band with Susan Cowsill, the Watson Twins and Mills for a rousing version of “September Gurls.” Plenty of tears were shed and the closure that this concert provided was much appreciated: big-time closure for people who loved Alex Chilton, closure for people who still love Big Star and closure for those who attended SXSW.