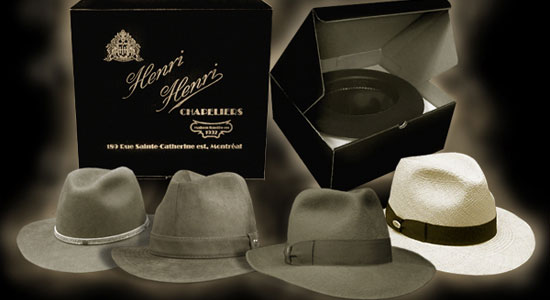 Evan: This legendary Montreal haberdashery has fitted Quebec men since the 1920s. It’s located on St. Catherine Street. Local lore has Henri Henri inventing the modern-day “hat trick.” If a member of the Montreal Canadiens or the visiting team scored three goals in a game, they were treated to a free hat from Henri Henri. Always a class act. I personally own four lids from them. Qualite de luxe!

One reply on “Stars Write What They Know: Henri Henri”