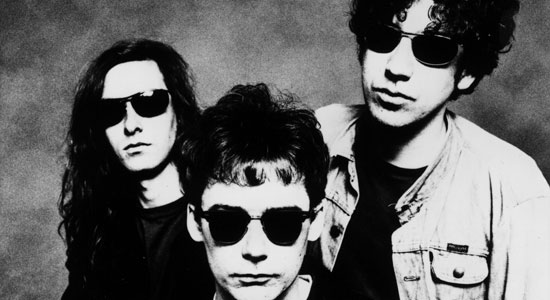 Franklin: This Jesus And Mary Chain song contains what for me is one of the greatest lines ever in a rock ‘n’ roll song, the one which goes: “And the photographs of God I bought have almost fade away.” It creates a whole kinda back story to a song that on the surface appears to be just one hell of a prowling, sexual groove: the aural equivalent of the swing of a lithe girl’s hips, if you will. But then there’s this line about the photographs. Every time I hear it, I picture William and Jim Reid in some place like Florence or Jerusalem, where some local has come up to try and sell them religious artefacts. William’s pretty taken by something this guy’s offering: photographs, reputedly of God! The guy’s haggling for a hefty price and Jim doesn’t wanna get fleeced, so he’s deliberating over the cost and wants reassurances that not only are they genuine pictures of God but that they will also most certainly last a lifetime and maybe even be a sound investment. And not fade away. And what’s happened? They bought them and now they’ve only gone and faded away—what a drag. The other thing I love about this great line is that having created it, the writer had to make the line scan into the song and so instead of “faded away” it’s simply “fade away.” Of course redemption of sorts comes in the last line of the verse: “Everything just passes by/I thought it always would/But then I kissed her.”

One reply on “Swervedriver’s Adam Franklin Wants You Right Now: The Jesus And Mary Chain’s “Snakedriver””

[…] mention this because I read your Magnet Magazine guest editorials, and I was particularly interested in what you had to say about that song. You said it’s one of […]