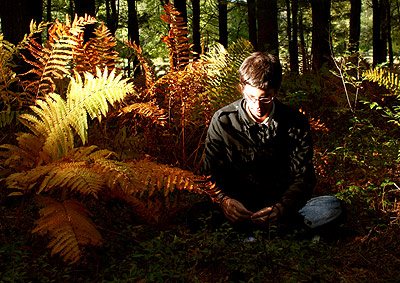 Many of you might not know Keith Kenniff by name, but there’s a good chance you’ve been exposed to his talent. Kenniff’s compositions have been featured on programs by NPR, the BBC and for ad clients as ubiquitous as Honda, MTV, Canon, Audi, American Express and many more. His work was even featured in the trailor for the 2009 film Revolutionary Road. Outside of his commissioned work, he records under two aliases: Helios, which sees him blending electronic textures into ambient passages, and Goldmund, his solo piano project. Taken from Famous Places, Goldmund’s third and most recent LP, “Brown Creek” features the composer at his most breathtaking, as he marries the slow churn of a gorgeous piano movement with receding ambient drones. Rarely can a collusion of elements this simple produce such a penetrating effect, but it’s a phenomenon Kenniff has been executing for years. Famous Places is out now via Western Vinyl.