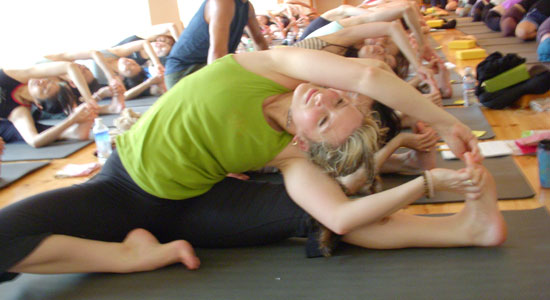 Richard: I may not look like a proper yogi, but yoga accepts misanthropes like me with open arms. I’ve practiced yoga for 13 years now, and Anusara finds the perfect balance between focused intensity and healing alignment. It helps with my balky back, keeps me from going insane, and the girl/guy ratio is still excellent.