Don’t call it a comeback, Superchunk‘s been here for years. The band members just haven’t been doing anything since the release of 2001’s stellar Here’s To Shutting Up. Well, not much together, anyway, apart from a few one-off gigs and the occasional single. Singer/guitarist Mac McCaughan and bassist Laura Ballance have their hands full running Merge Records and raising families (plus McCaughan has released a number of fine Portastatic records); drummer Jon Wurster has toured and/or hit the studio with the likes of Robert Pollard, the New Pornographers, Bob Mould and the Mountain Goats in between hilarious Facebook postings and Best Show On WFMU appearances; and while we’re not sure what guitarist Jim Wilbur has been up to, other than gigging with Portastatic, he probably has a lot on his plate, too. It’s a wonder the busy quartet was able to reconvene for the fine Majesty Shredding (Merge), a more-than-welcome return that’s accompanied by the band’s first full-on, albeit relatively brief, tour since 2001. Superchunk will be guest editing magnetmagazine.com all week. Read our Q&A with McCaughan and Ballance. 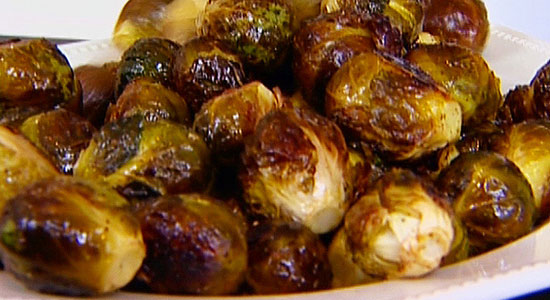 Jim: Among people who know me well, most would agree that I am a thorough curmudgeon: a guy who always sees the glass half empty, someone who cannot abide trivialities or any form of frivolity. In short, a dude who basically refuses to smile for the camera. That said, nothing puts a hop in my step quite like a plate of Brussels sprouts that have been prepared with a little olive oil, kosher salt, ground pepper and a light dusting of paprika, then baked in a 350-degree oven until the outer leaves are nearly charred. Put a little butter on those bad boys … now you’ve got me smiling.