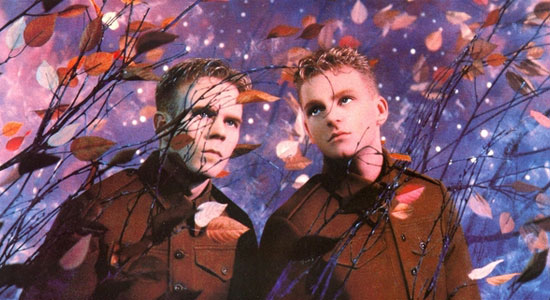 I’m not sure why anyone would ask me who the Beatles of synthpop are. But, if anyone did, I would say Erasure. I haven’t actually given this much thought, but I’ve always had a general feeling that each decade or so has a band that can’t help but throw off brilliant hooks: Beatles in the ’60s, ABBA in the ’70s, Erasure in the ’80s. (I’m even tempted to credit Ash with the ’90s and Timbaland with the ’00s. But those are different conversations entirely.) And to whatever extent I’ve overlooked other obvious contenders, these are the first parties that sprang to mind. Anyway, the point of this is that when Erasure stopped spinning off pop hits, they started to make something equally magical. So, for this jogging playlist, I wanted to focus on overlooked gems from bands with synthesizers. To that end, there’s a high-energy track from Erasure’s artsier period, a cut from the Rentals’ sophomore effort (with backing vocals from Maya Rudolph) and one from Leiahdorus that takes pages from a variety of folks and binds them seamlessly into an overview of the genre.