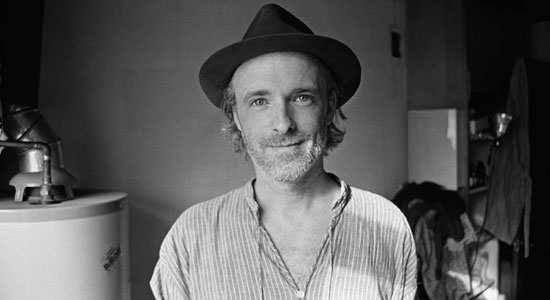 The yearning voice and sullen temperament behind the languid and lush Scottish outfit Travis, Fran Healy has been laying low of late. The primary task on his to-do list: commune with his diverse surroundings while recording his first solo effort in New York, Vermont and (mostly) Berlin. Whether the new Wreckorder (Ryko) benefits from that far-flung trio of locales—or guest appearances from Neko Case (on hypnotic duet “Sing Me To Sleep”) and Paul McCartney (who plays bass on the demure “As It Comes”)—is largely irrelevant to anyone who’s not already smitten by Healy’s majestically restrained brand of mope-rock understatement. The 10-song collection occasionally recalls the quieter moments on the already-pretty-quiet The Invisible Band, Travis’ 2001 LP. Only here, Healy turns even more insular as he’s left to stew in his own introspective juices. The result can be at once captivating and sleep inducing. Healy will be guest-editing magnetmagazine.com all week.

MAGNET: For Wreckorder, what was it like being left to your own devices, without the collaborative element that came with being in a band for more than 13 years?
Healy: With Travis, the recording process was collaborative, and the writing process was totally singular. There were the initial demos, and then we’d try and tailor it in the studio to make it better. The process with this album was really great because I didn’t have to rerecord anything. And I’m the only child; it was like, “Hey!” I’ve always been pretty—what’s the word?—demonstrative. I’ve got a really great idea of how something is going to be, and its always going to be like that.

How did the guest spot with Neko Case come about?
I saw Neko play a gig in Berlin, and I went up to her afterward and introduced myself. She knew Travis, really liked us and said she’d love to do a duet. So I wrote a song specifically for that purpose. She came back to me and said she loved it, and we made it happen. She’s the best female singer right now in America.

What about Macca?
I wanted to get the best bass player in the world.

Well, you did pretty well for yourself.
I know, I know. He’s kind of a dark horse, because he’s also a brilliant keyboardist, guitarist and multi-instrumentalist. And he’s a Beatle, a brilliant songwriter and a pop superstar. Yet, all these things lead you away from his key instrument: the bass. And I thought, “Wouldn’t it be nice to have him play bass?” Because he’s the best. I sent him an email, and he loved the song.

New York, Vermont, Berlin. Why all the different recording locales?
That’s sort of a misquote. Ninety-eight percent was recorded in Berlin, one percent in Vermont and one percent in New York.

So you’re living in Berlin these days?
Yeah, my wife is German. Berlin is one of coolest cities kicking about at the moment. It’s kind of how New York used to be. There’s a definite feeling of possibility. It’s a very hopeful, peaceful place to live.

Do you have kids?
I have a little boy. He’s four.

I still can’t get over the transformation Travis made after its ’97 debut, Good Feeling. The Man Who sounds like a new band. How do you account for that makeover?
For the first album, we were in the throes of Britpop. We worked with producer Niko Bolas; he taught us about AC/DC and how to rock. I’d spent 250 shows screaming every night all over the world, and that second album was just a reaction to that. The softer, gentler sound. If you listen to the first album, it begins to get like that toward the end. We’d gotten the Oasis influences out by then.

The most recent Travis release, 2008’s Ode To J. Smith, harks back to that first album’s edgier style. Was there a conscious decision to rock out a bit more?
It was celebration of getting off a record label and not have to write tons of singles.

I assume Travis never officially broke up. You guys have always gotten along quite well, correct?
We’re still going. We’re gonna do at least 12 albums. [Laughs]

What’s the story behind the title of your solo album?
There was a song with the working title of “Wreckorder” that’s not on the album anymore.

Isn’t it funny how that works?
Yeah, the song matches the title. But I liked the way the title sounds like “recorder,” though I’m not sure I made the right choice. Some people don’t seem to get it.

I’ve been a Travis fan since I saw them play a small in-store acoustic set at a record shop called Mod Lang in Berkeley, CA right after “The Man Who” came out. Interestingly, Travis were the opening act for Oasis, who were playing at the Berkeley Community Theater. I wasn’t a big Oasis fan – sort of turned off by their general cockiness – and I thought Travis’s set was the highlight of that evening.

I’m very happy to hear Fran’s new songs. I like all the Travis albums, but my favorite songs are the mellower, low-key tunes like “Luv,” “Turn,” and “Side.” Will be sure to check out Fran’s new solo album when it comes out. It’s also great news to hear that Travis aren’t broken up but are simply on hiatus. I’ve been lucky enough to see Travis play live a few times over the years, but I turned my girlfriend on to Travis and she’s never seen them live. “Travis at the Palace” is the definitive live concert DVD and captures the live Travis experience pretty closely, but it’s no substitute for actually being there.

Good luck with the new album Fran and I look foward to seeing you play live again in the future.

I’m thoroughly enjoying your solo album. The USA release happened to coincide with my birthday, so thanks for the rockin’ present! I had the opportunity to converse with you and Andy in Dallas, TX. That was a great experience, having the opportunity to meet two of my idols and influences. In my world there are a few consistent shining stars of influence: Dylan, Petty, Michael Stipe, Ryan Adams, and Fran Healy.

We live in a crazy world, where music is the only absolute universal. You, as well as your bandmates in Travis, have made a very respectable, honest contribution to the universe of music. Thank you for that! I look forward to the next time you come through Texas.