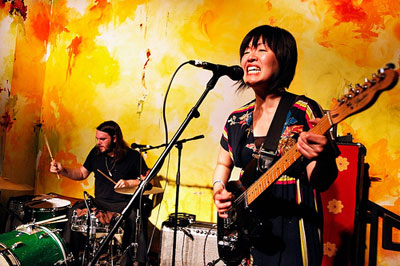 A sure-fire way to gain major cool points with MAGNET is to cover one of our favorite bands, and Virginia duo Eternal Summers just hit the jackpot with its rendition of Guided By Voices’ “A Salty Salute,” which you can download below. It’s a contribution to Wild Animal Kingdom’s Guided By Guided By Voices cassette tape, which is, unfortunately, already sold out. As a bonus, here’s an mp3 for “Pogo,” from Eternal Summers’ brand new debut album, Silver (Kanine). Also, check out the mix tape the band made for us a few weeks ago.