Fred Schneider has been partying out of bounds as the male mouthpiece of the B-52s since the late ’70s. Through that band’s commercial success and longevity, Schneider’s goofy, new-wave jester shtick has evolved into an iconic voice that’s now an inspiration to younger artists. Schneider’s latest project, the Superions, showcases both his supreme silliness (“Who Threw That Ham At Me?” is one of his most riotous efforts) and influence (the Superions’ debut EP, Totally Nude Island, features remixes by four Athens, Ga., bands). Along with fellow Superions Noah Brodie and Dan Marshall, Schneider has delivered a handful of songs that combine sex, sci-fi, shoplifting and a dance called the Disco Garbage Can. Schneider will be guest editing magnetmagazine.com all week. Read our Q&A with him. 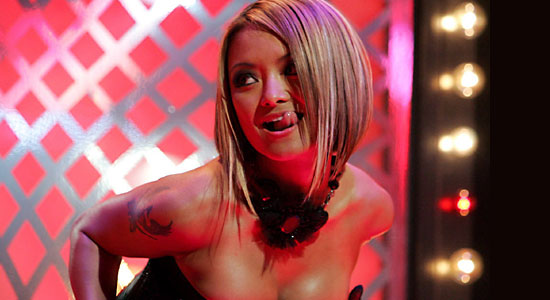 Schneider: In the early ’80s, I said we were not in the post-space age—it was the trash age. Little did I know that it would go beyond even that. The Real(ly dreadful) Housewives of (fill in the blank), Tila Tequila, any reality show on MTV. You name it. It’s like watching a train wreck; you can’t look away. So long live The Soup, which distills the stupidity into the plastic decanter it deserves. Video after the jump.