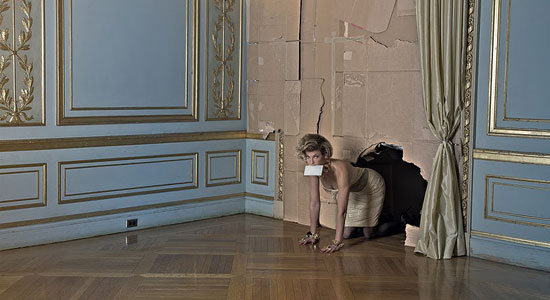 Millions: “If I didn’t have any shows, and there wasn’t any interest, I wouldn’t do anything.” Maurizio Cattelan wore a jumbo Picasso head in front of MOMA greeting visitors. He stole another artist’s entire gallery show and presented it as his own and took six months trying to make parrots bark like dogs. “I was supposed to have a show at a gallery, and I didn’t really have anything for them … so I decided to (file a false) report (with the police) that a sculpture had been stolen from my car.” And he’s Italian. So maybe he’s heard of Oneida. Doubtful though. I took the quotes from an interview he did with Index magazine.